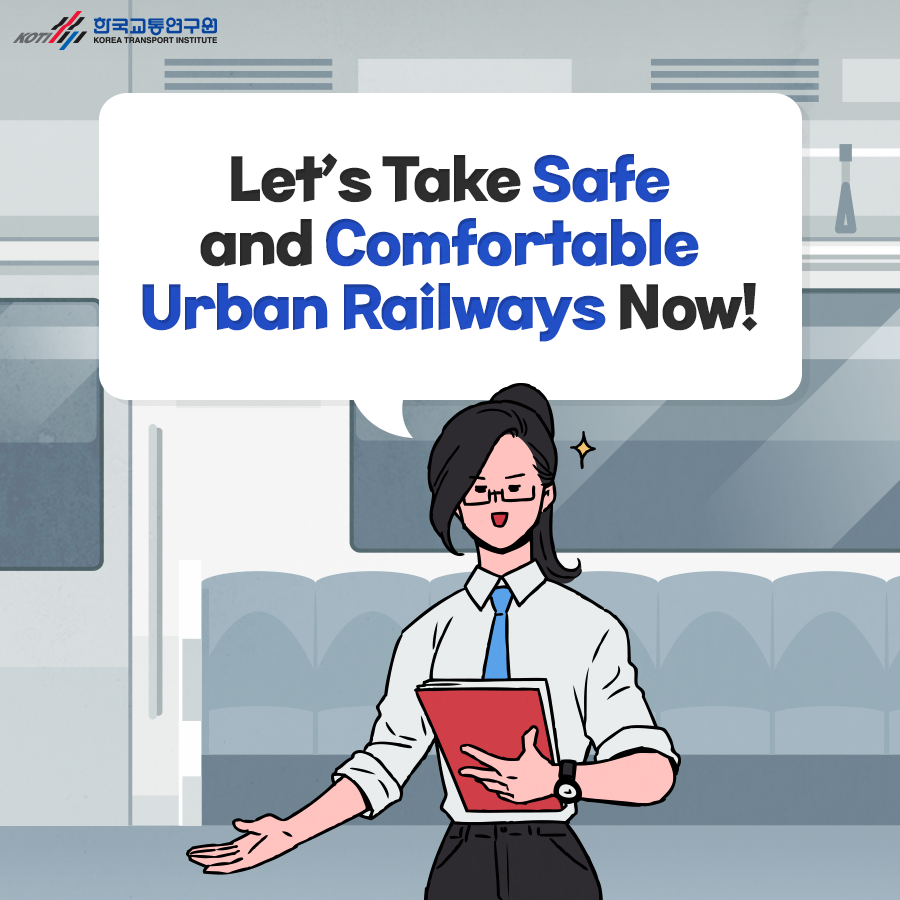 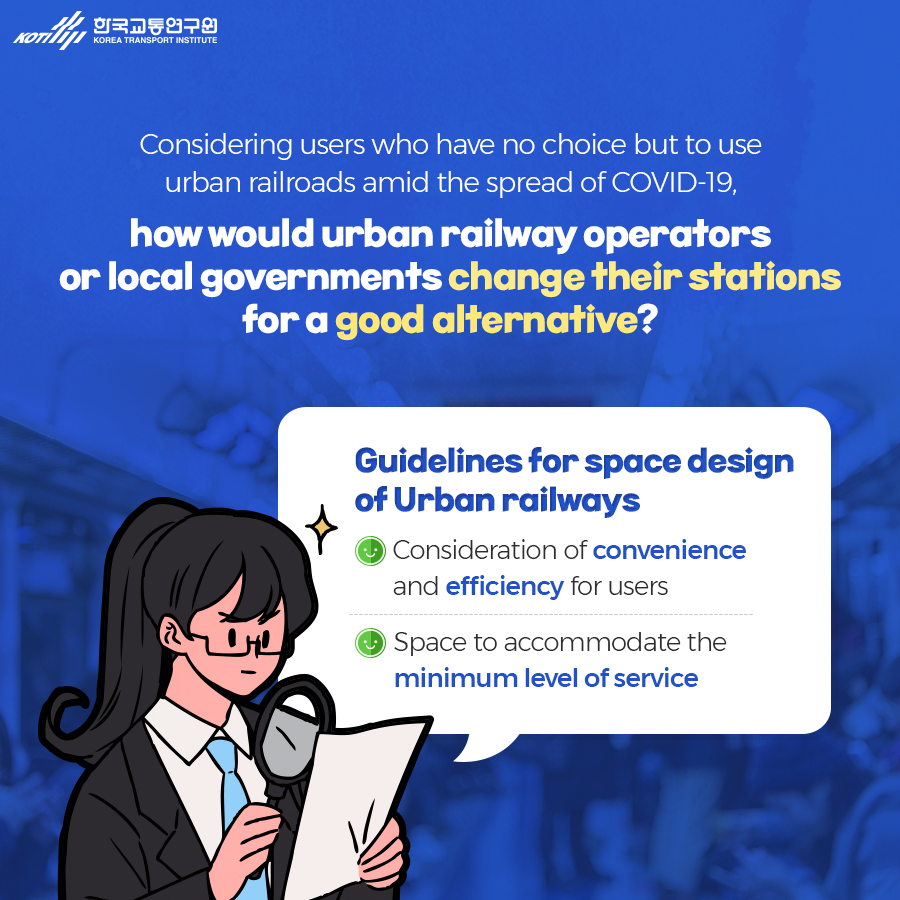 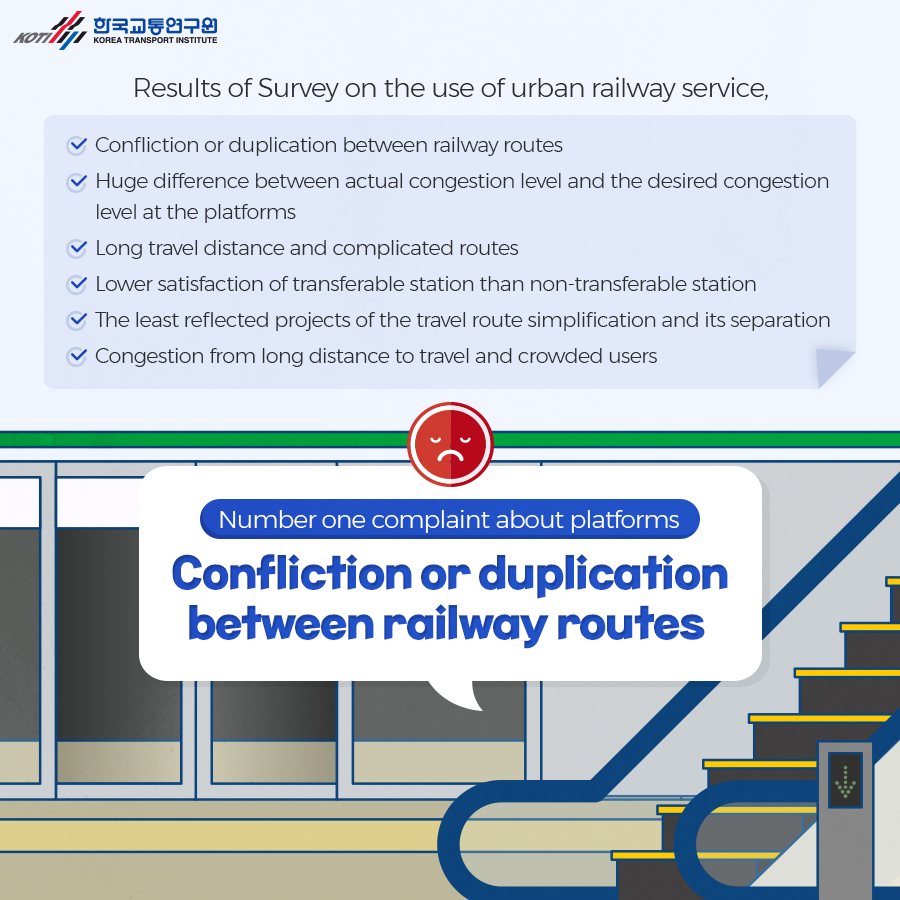 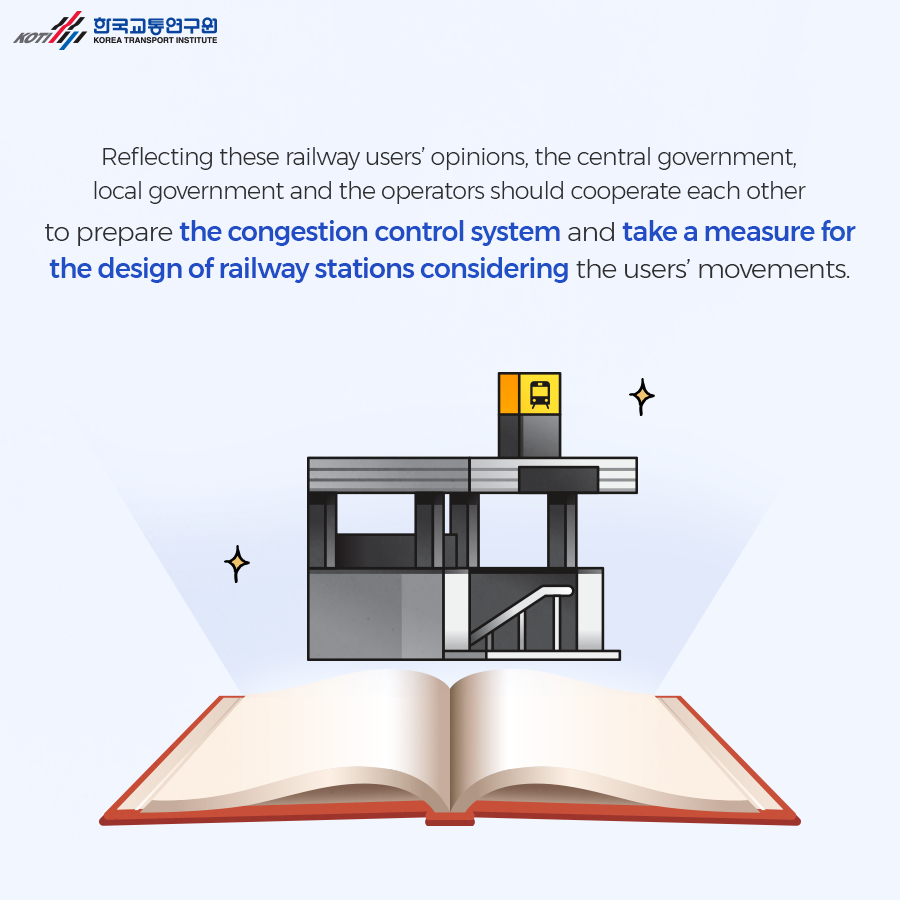 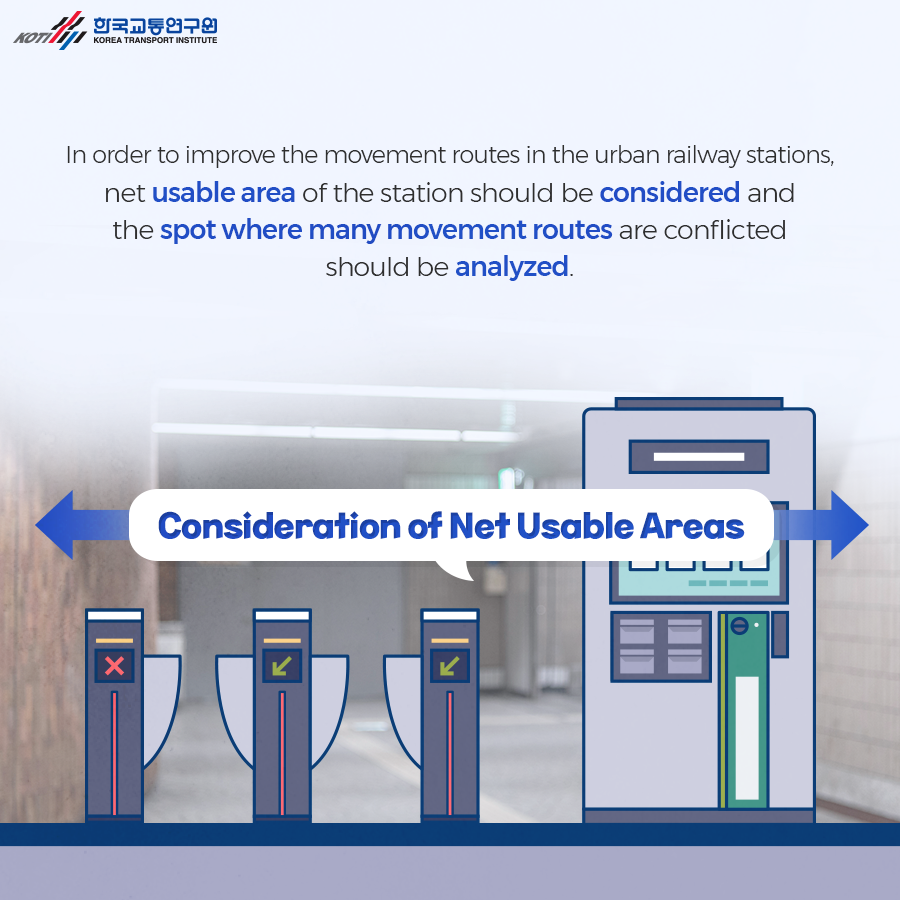 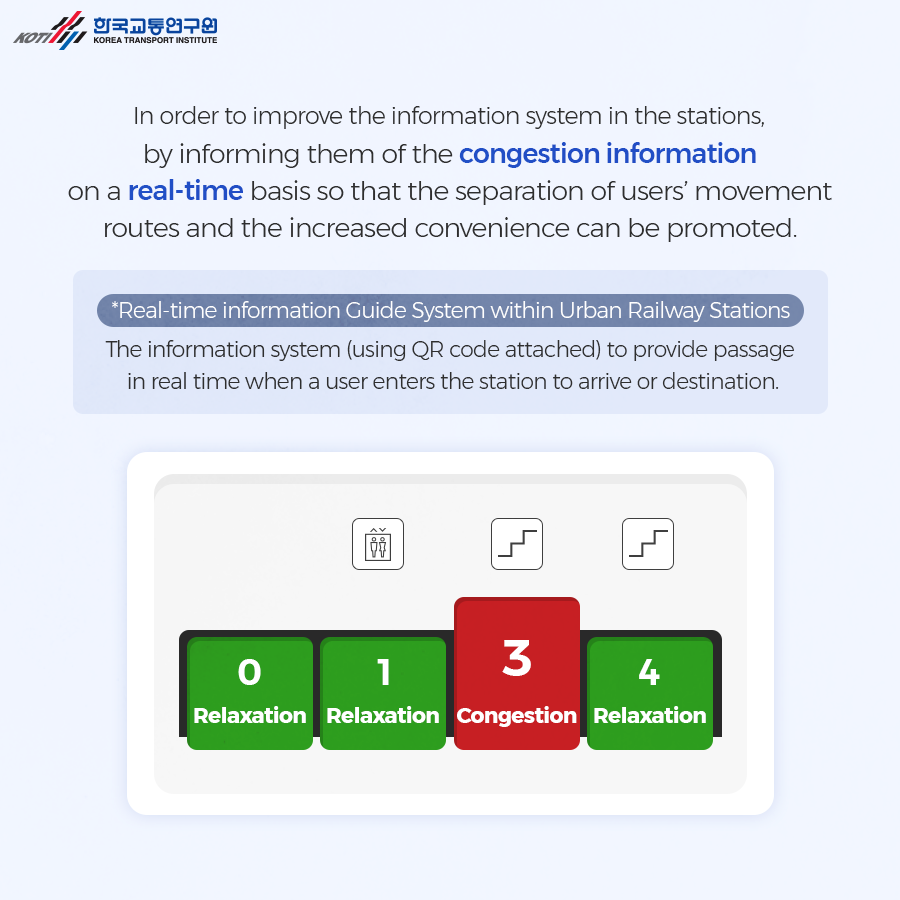 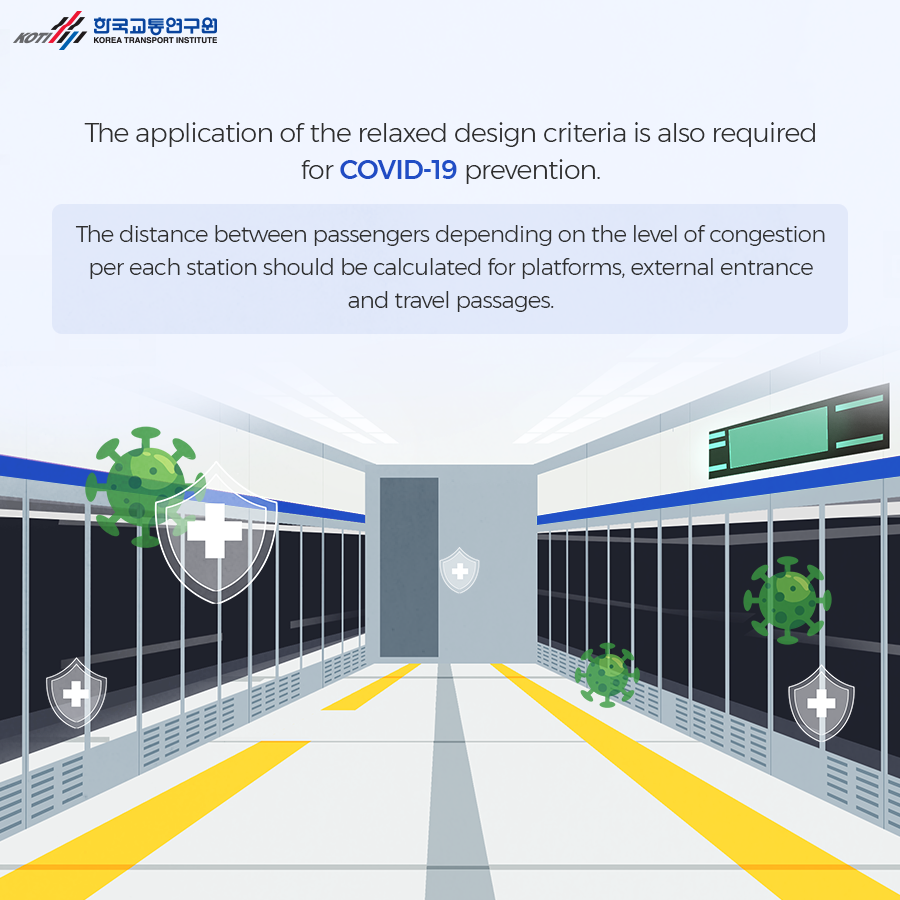 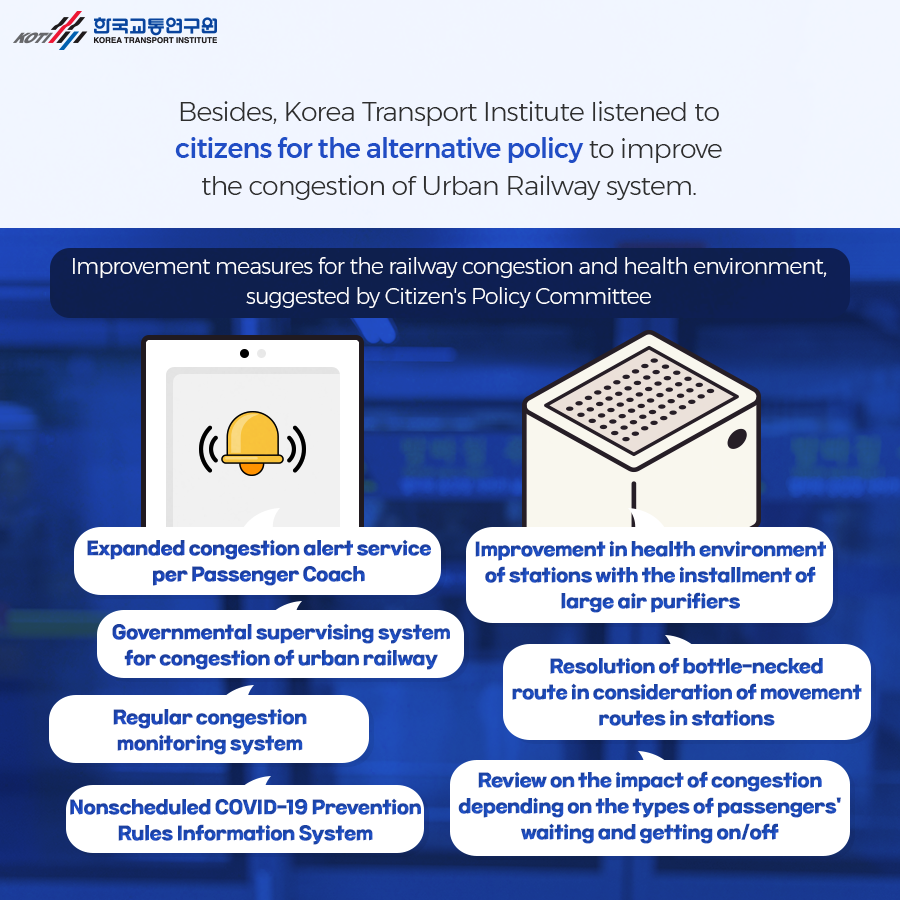 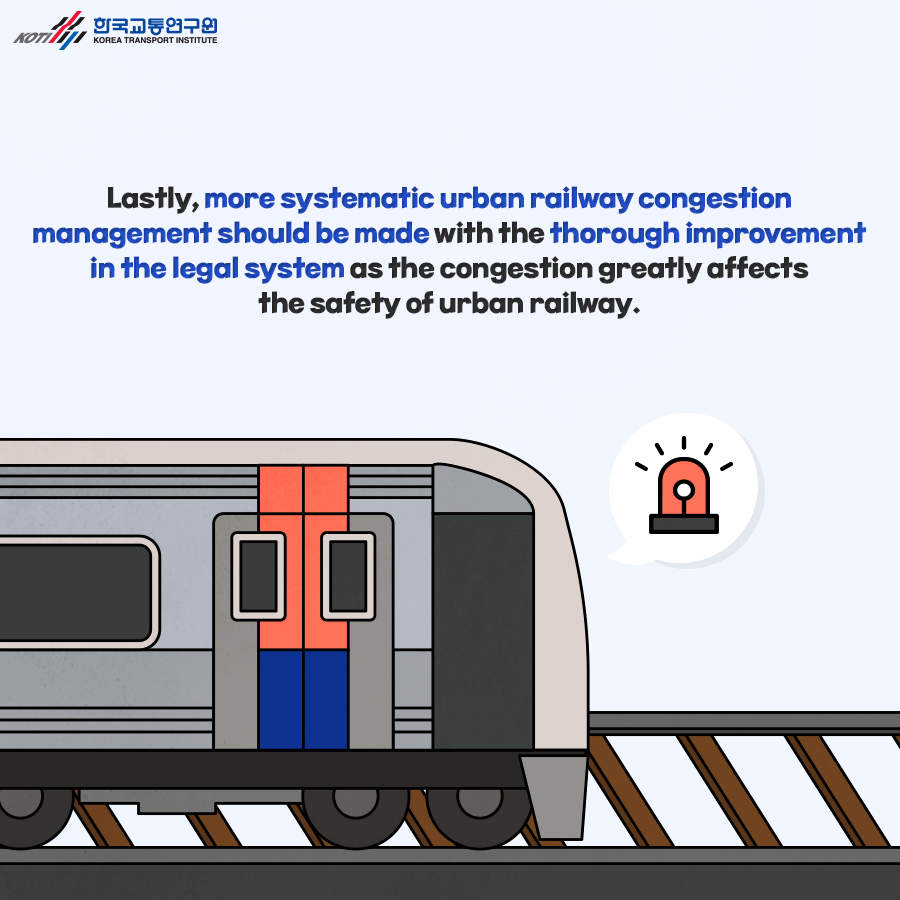 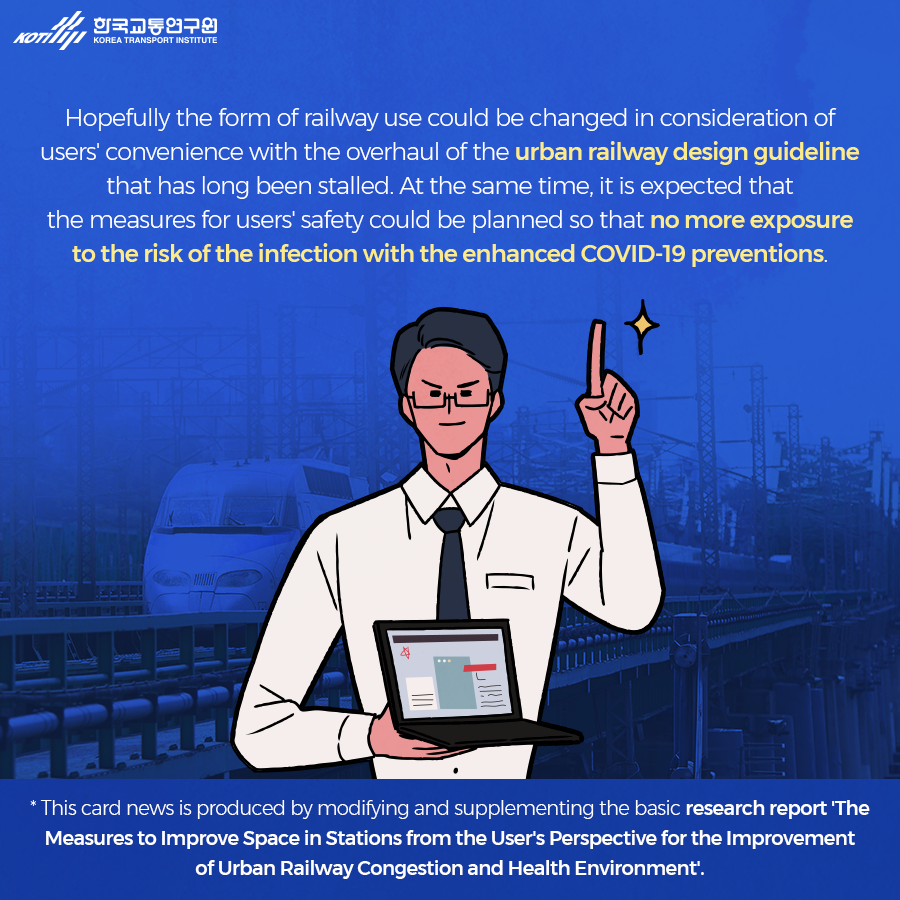 # Considering users who have no choice but to use urban railroads amid the spread of COVID-19, how would urban railway operators or local governments change their stations for a good alternative?

-Consideration of convenience and efficiency for users

-Space to accommodate the minimum level of service


# Results of Survey on the use of urban railway service,

-Confliction or duplication between railway routes

-Congestion from long distance to travel and crowded users

✔Number one complaint about platforms

Confliction or duplication between railway routes


# Reflecting these railway users’ opinions, the central government, local government and the operators should cooperate each other to prepare the congestion control system and take a measure for the design of railway stations considering the users’ movements.


# In order to improve the information system in the stations, by informing them of the congestion information on a real-time basis so that the separation of users’ movement routes and the increased convenience can be promoted.


# The application of the relaxed design criteria is also required for COVID-19 prevention.

The distance between passengers depending on the level of congestion per each station should be calculated for platforms, external entrance and travel passages.


# Besides, Korea Transport Institute listened to citizens for the alternative policy to improve the congestion of Urban Railway system.


# Lastly, more systematic urban railway congestion management should be made with the thorough improvement in the legal system as the congestion greatly affects the safety of urban railway.


# Hopefully the form of railway use could be changed in consideration of users' convenience with the overhaul of the urban railway design guideline that has long been stalled. At the same time, it is expected that the measures for users' safety could be planned so that no more exposure to the risk of the infection with the enhanced COVID-19 preventions.


* This card news is produced by modifying and supplementing the basic research report 'The Measures to Improve Space in Stations from the User's Perspective for the Improvement of Urban Railway Congestion and Health Environment'.