Being too silent can be dangerous! Looking into transportations by their sounds 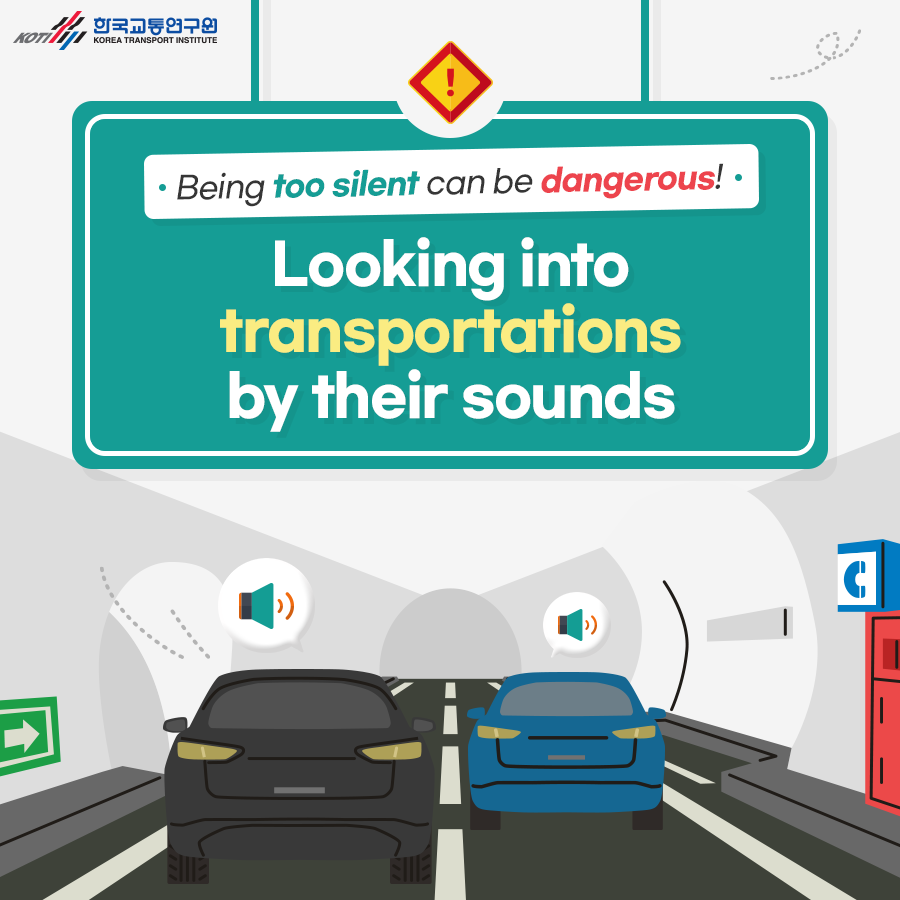 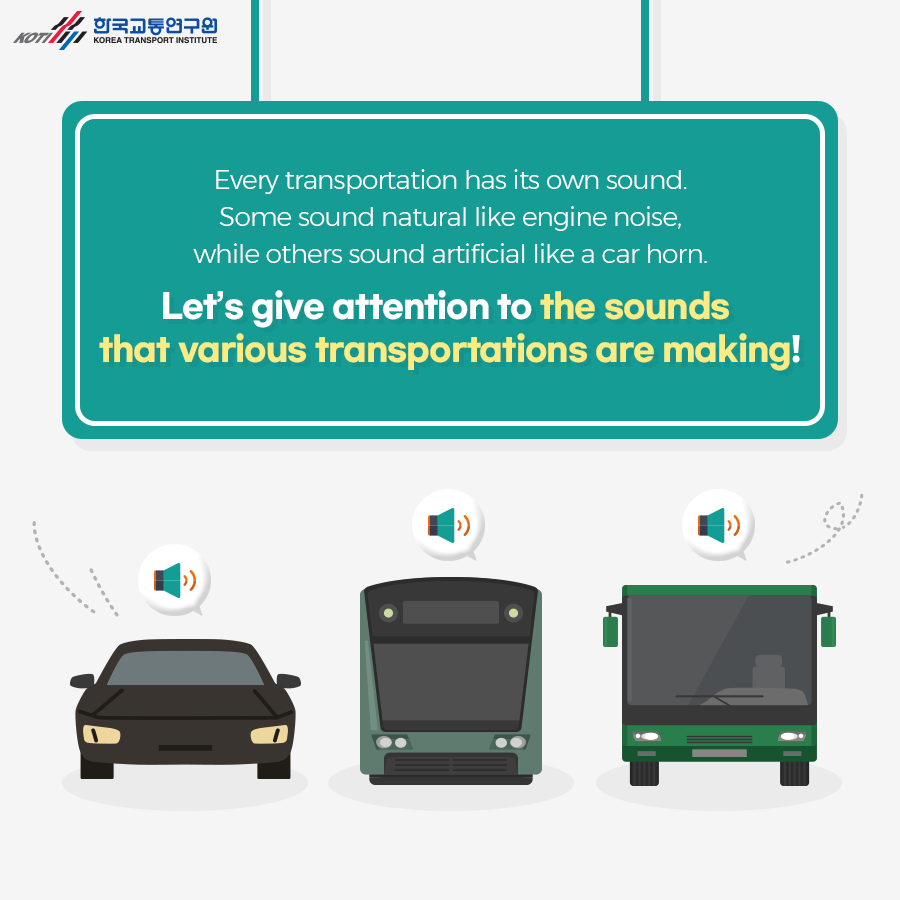 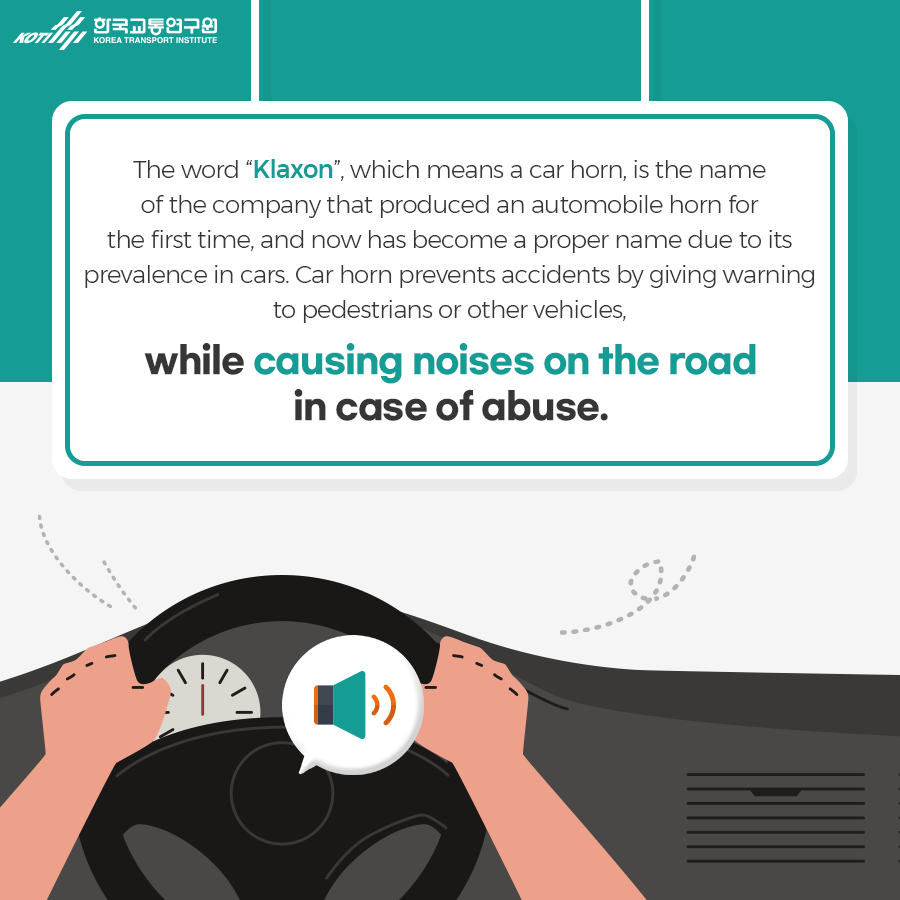 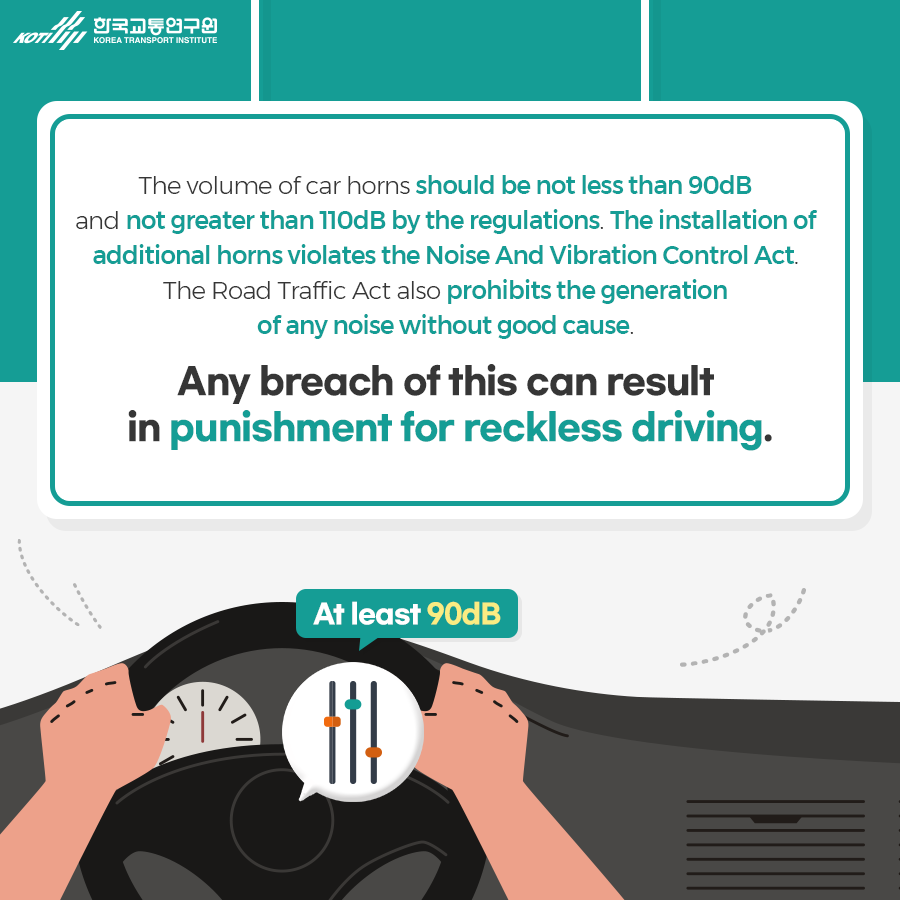 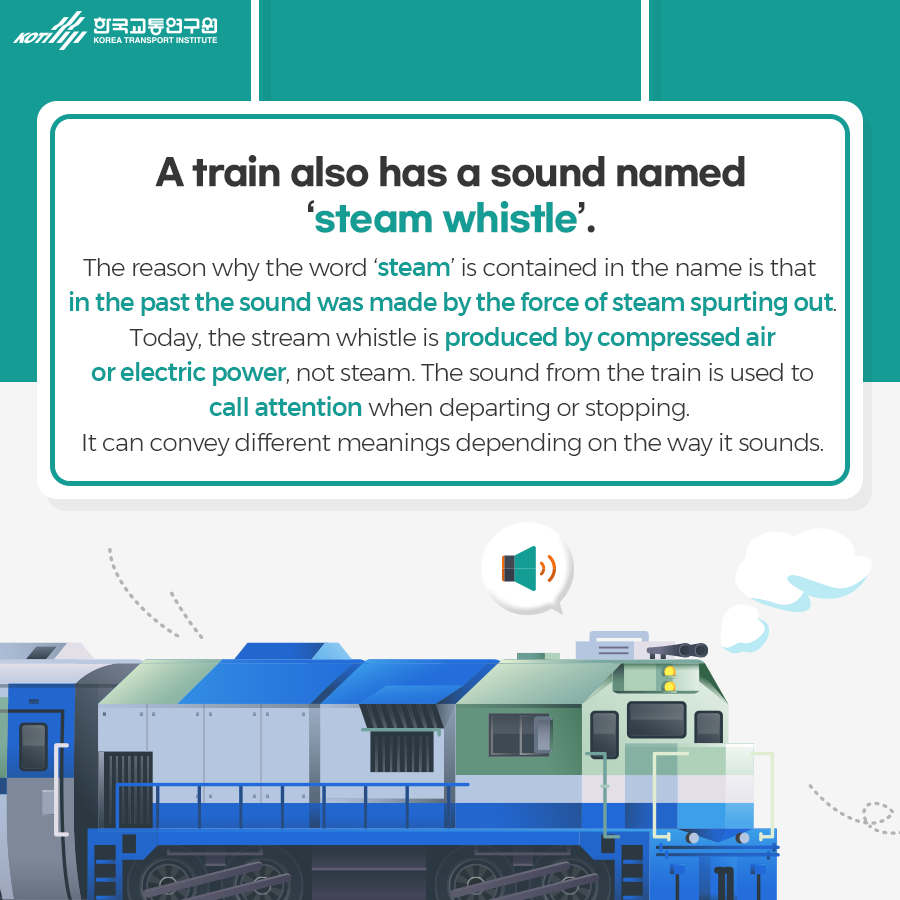 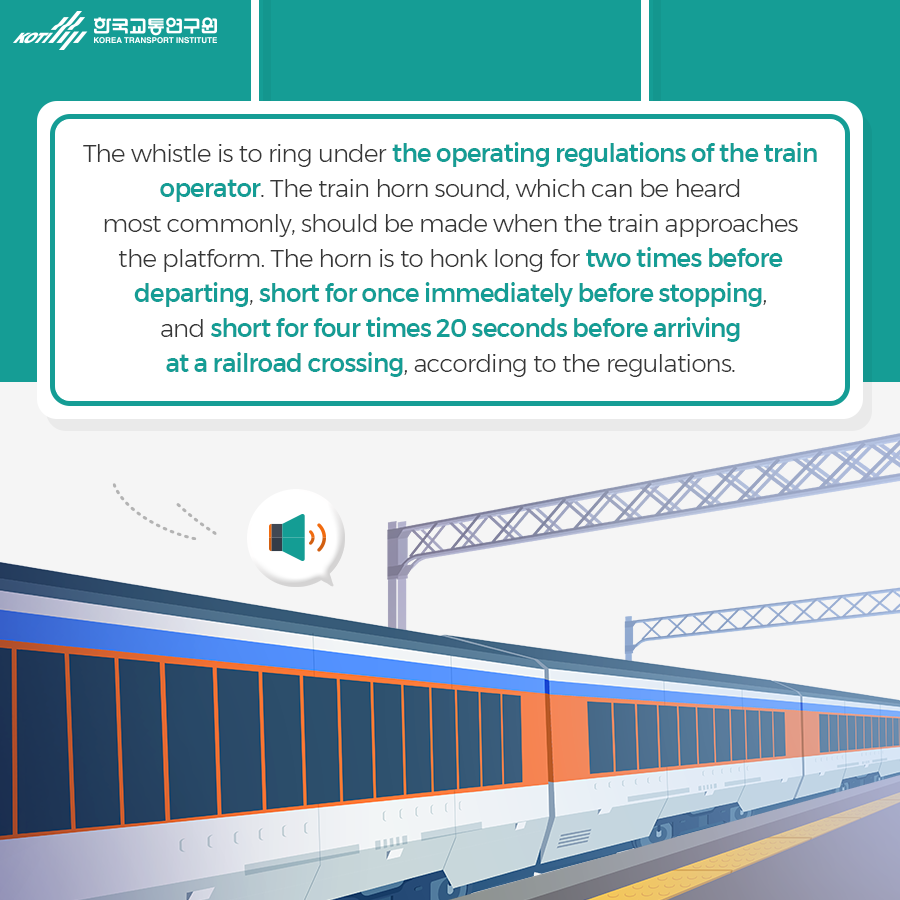 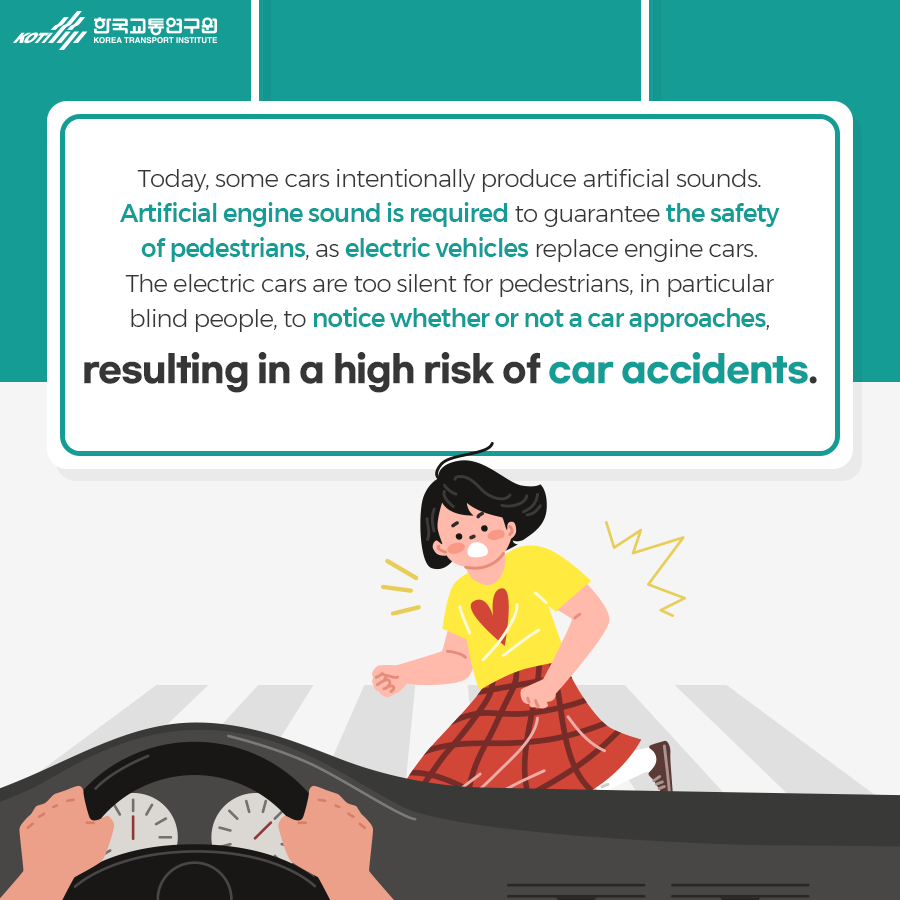 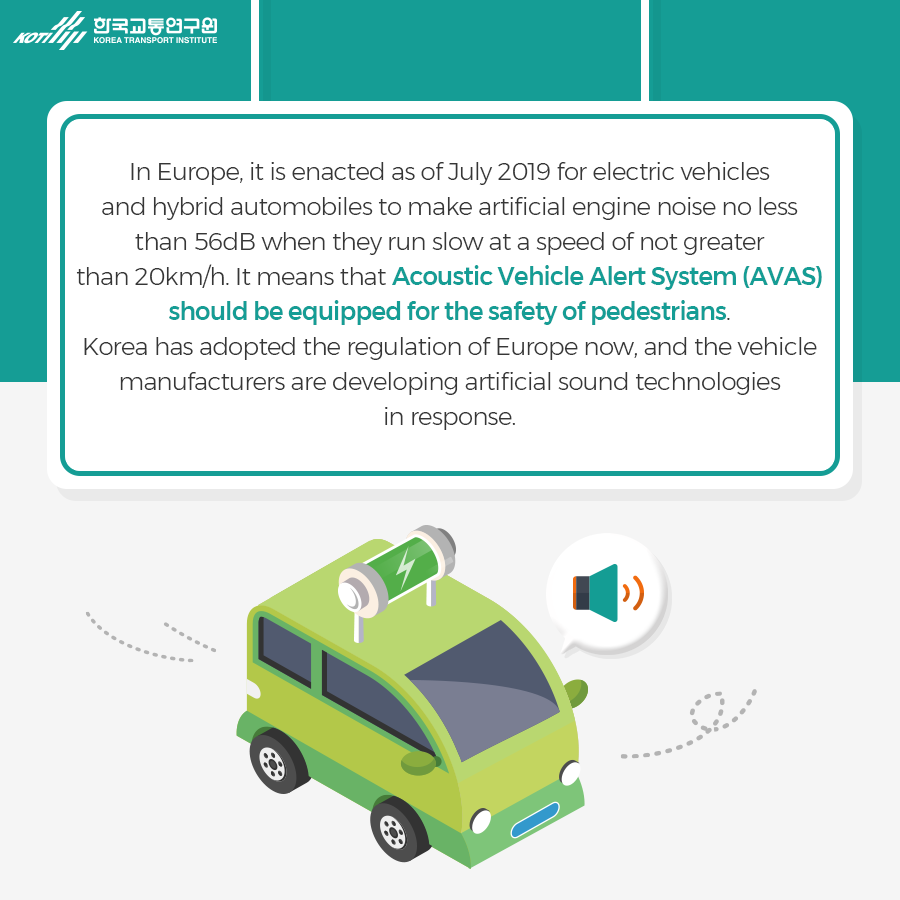 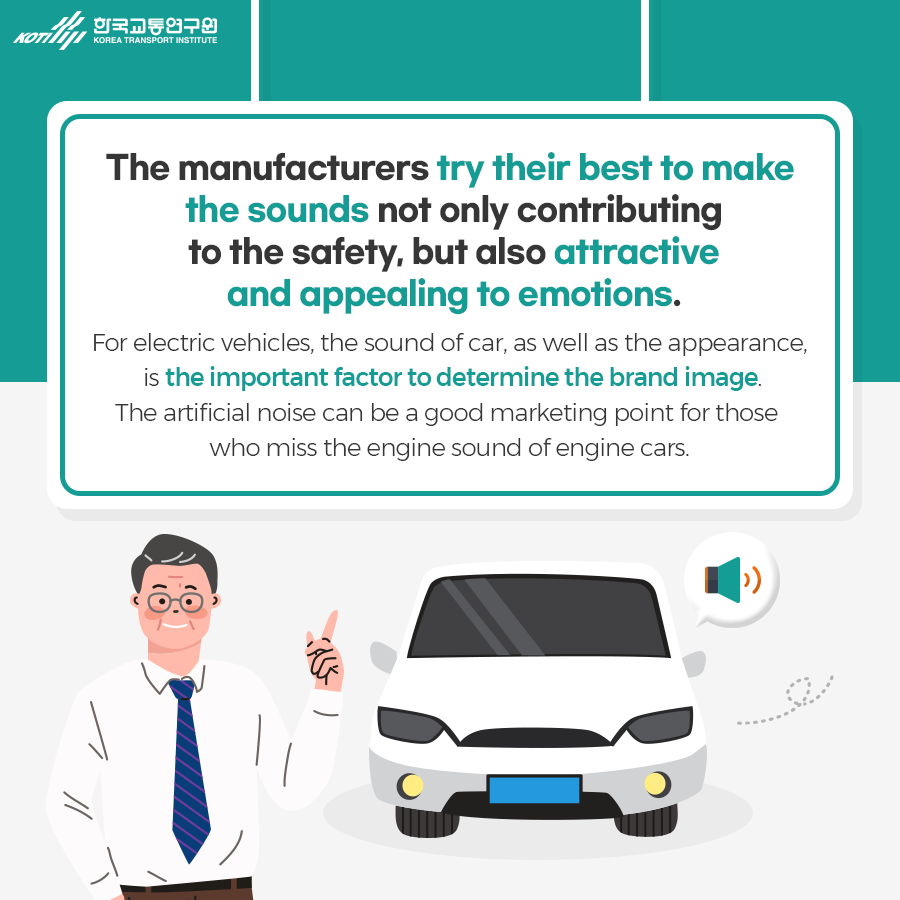 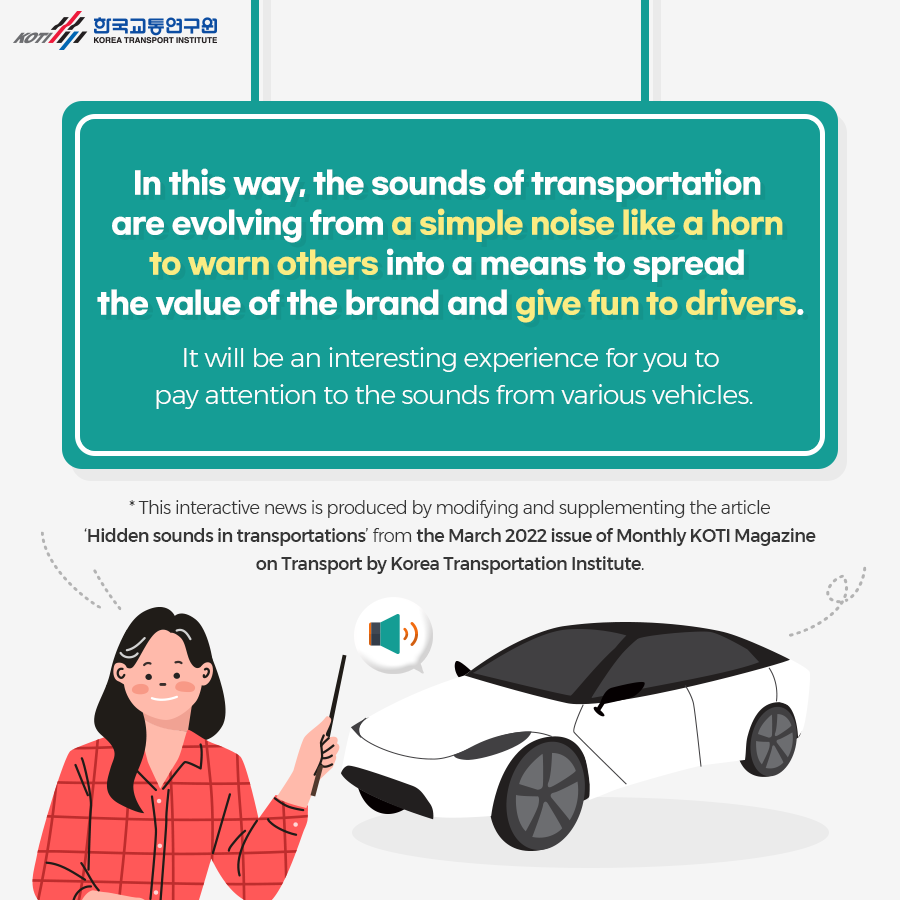 # Every transportation has its own sound. Some sound natural like engine noise, while others sound artificial like a car horn.

Let’s give attention to the sounds that various transportations are making!


# The word “Klaxon”, which means a car horn, is the name of the company that produced an automobile horn for the first time, and now has become a proper name due to its prevalence in cars. Car horn prevents accidents by giving warning to pedestrians or other vehicles, while causing noises on the road in case of abuse.


# The volume of car horns should be not less than 90dB and not greater than 110dB by the regulations. The installation of additional horns violates the Noise And Vibration Control Act. The Road Traffic Act also prohibits the generation of any noise without good cause.

Any breach of this can result in punishment for reckless driving.


# A train also has a sound named ‘steam whistle’.

The reason why the word ‘steam’ is contained in the name is that in the past the sound was made by the force of steam spurting out. Today, the stream whistle is produced by compressed air or electric power, not steam. The sound from the train is used to call attention when departing or stopping. It can convey different meanings depending on the way it sounds.


# The whistle is to ring under the operating regulations of the train operator. The train horn sound, which can be heard most commonly, should be made when the train approaches the platform. The horn is to honk long for two times before departing, short for once immediately before stopping, and short for four times 20 seconds before arriving at a railroad crossing, according to the regulations.


# Today, some cars intentionally produce artificial sounds. Artificial engine sound is required to guarantee the safety of pedestrians, as electric vehicles replace engine cars. The electric cars are too silent for pedestrians, in particular blind people, to notice whether or not a car approaches, resulting in a high risk of car accidents.


# In Europe, it is enacted as of July 2019 for electric vehicles and hybrid automobiles to make artificial engine noise no less than 56dB when they run slow at a speed of not greater than 20km/h. It means that Acoustic Vehicle Alert System (AVAS) should be equipped for the safety of pedestrians. Korea has adopted the regulation of Europe now, and the vehicle manufacturers are developing artificial sound technologies in response.


# The manufacturers try their best to make the sounds not only contributing to the safety, but also attractive and appealing to emotions. For electric vehicles, the sound of car, as well as the appearance, is the important factor to determine the brand image. The artificial noise can be a good marketing point for those who miss the engine sound of engine cars.


# In this way, the sounds of transportation are evolving from a simple noise like a horn to warn others into a means to spread the value of the brand and give fun to drivers. It will be an interesting experience for you to pay attention to the sounds from various vehicles.


* This interactive news is produced by modifying and supplementing the article ‘Hidden sounds in transportations’ from the March 2022 issue of Monthly KOTI Magazine on Transport by Korea Transportation Institute.