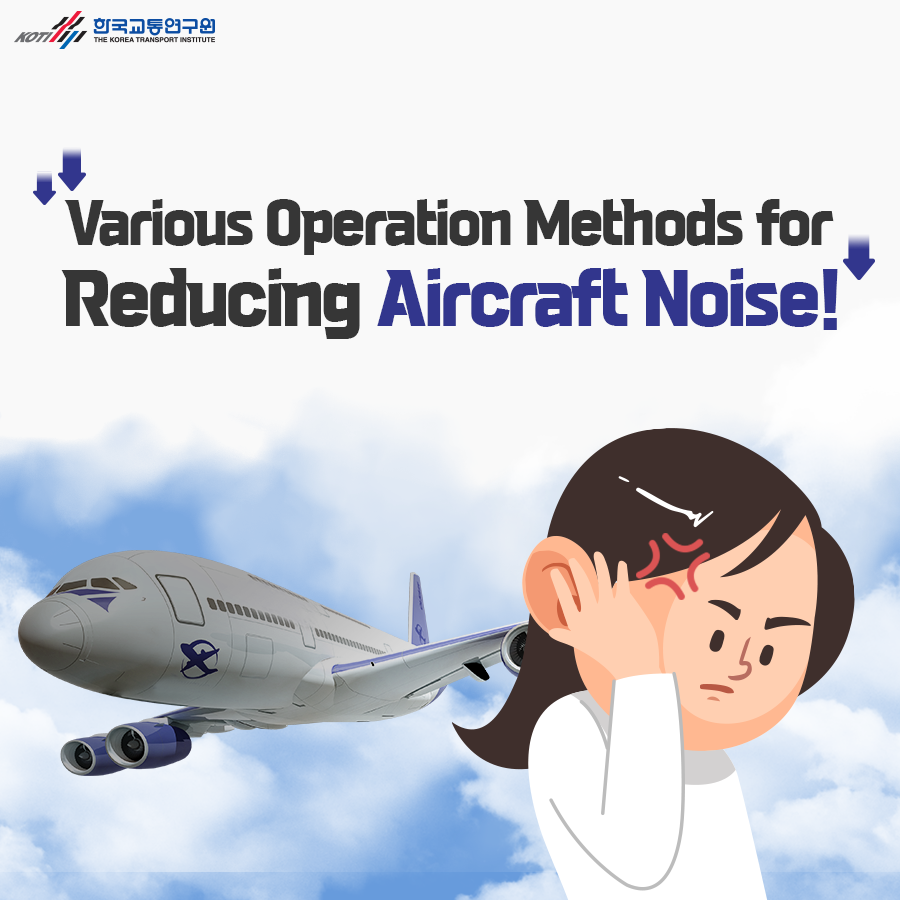 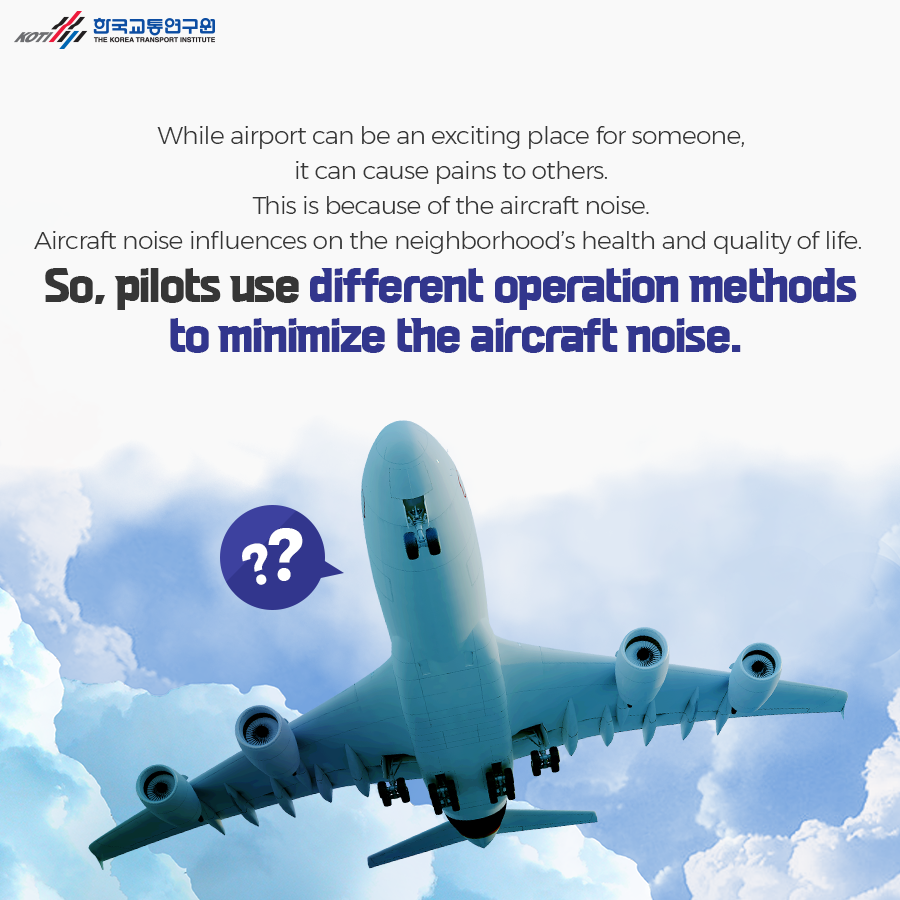 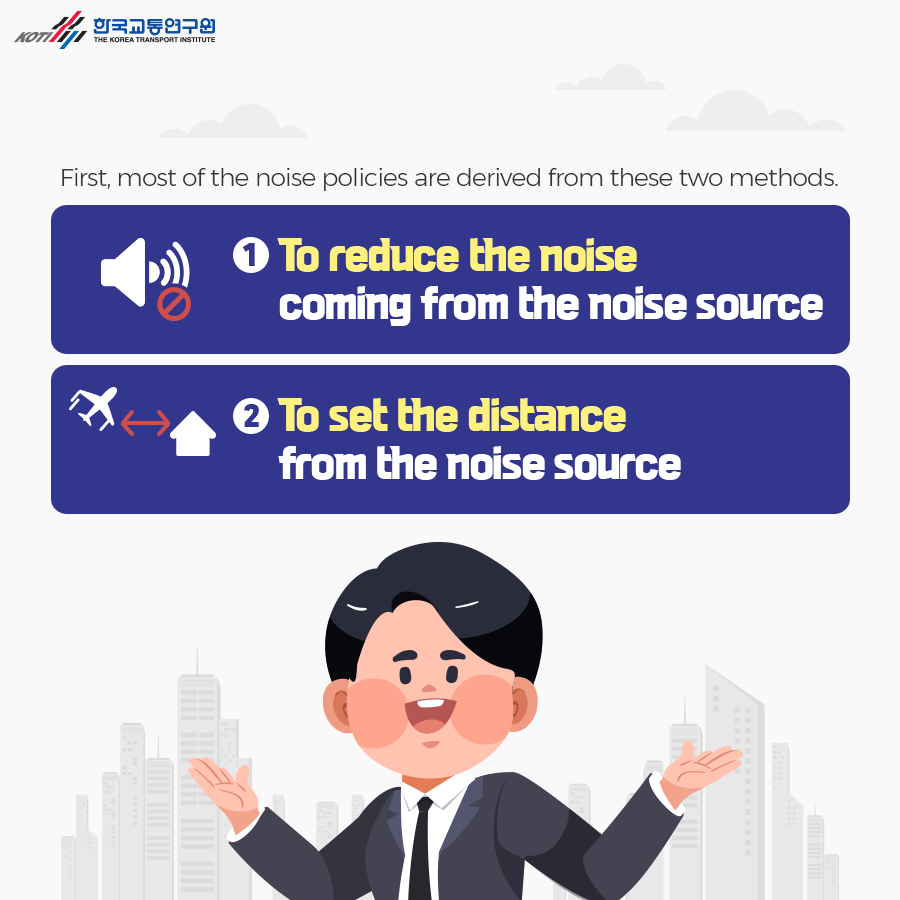 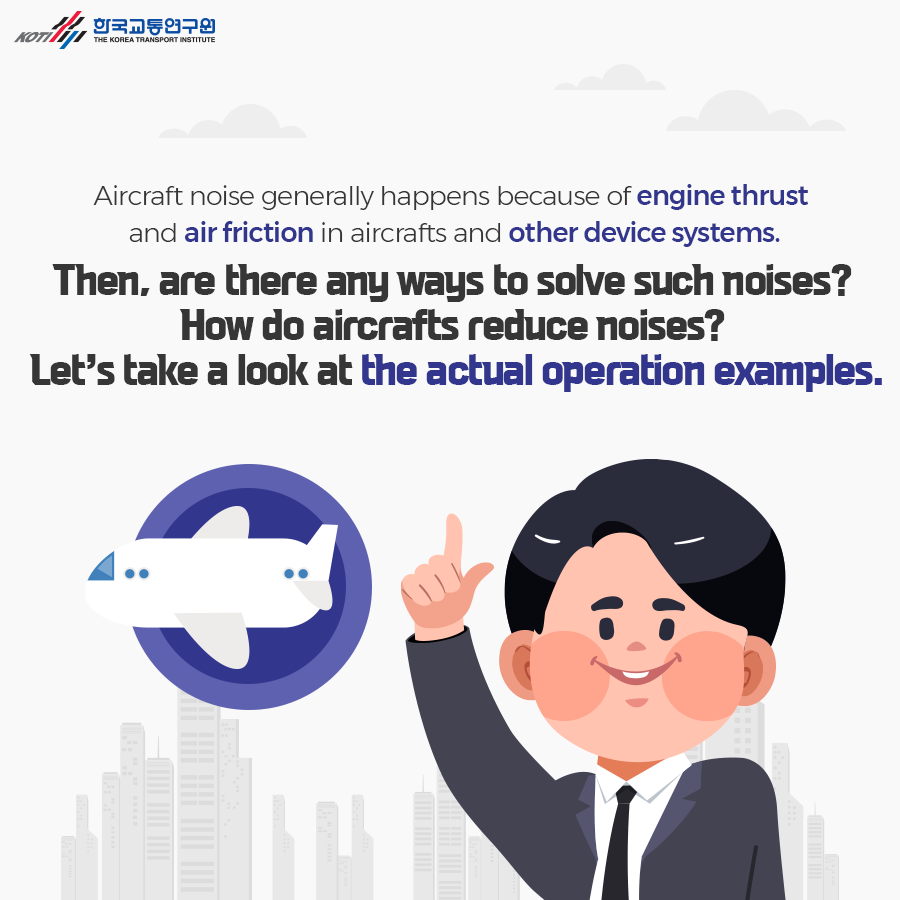 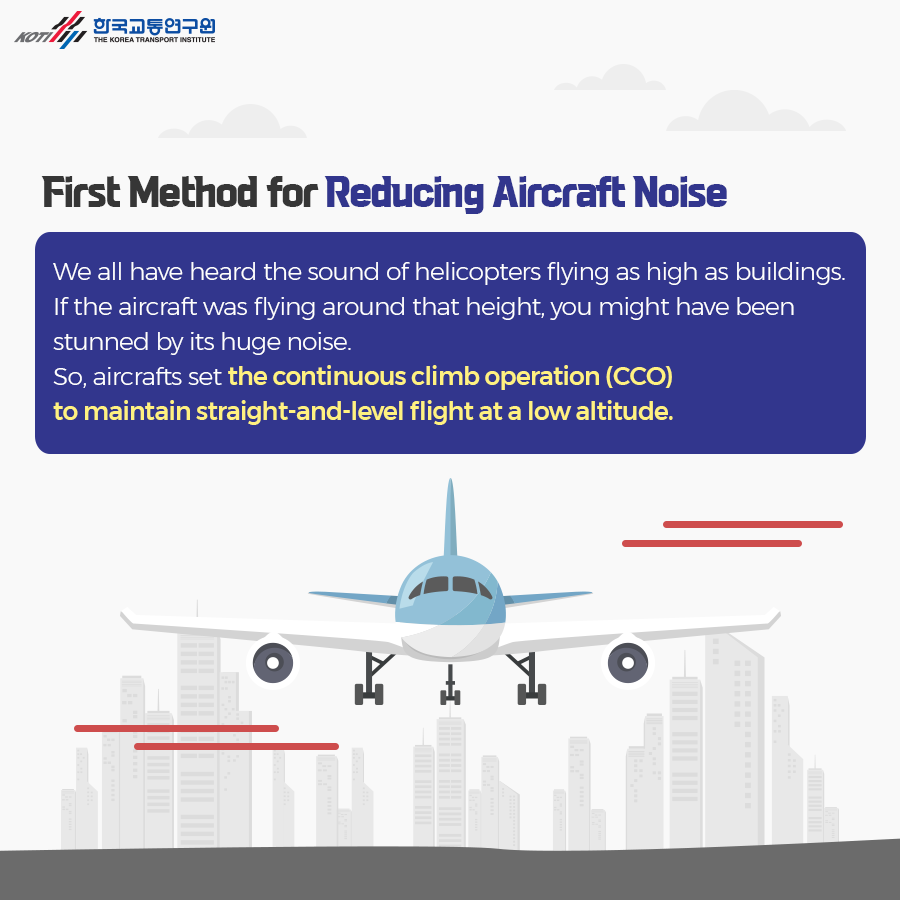 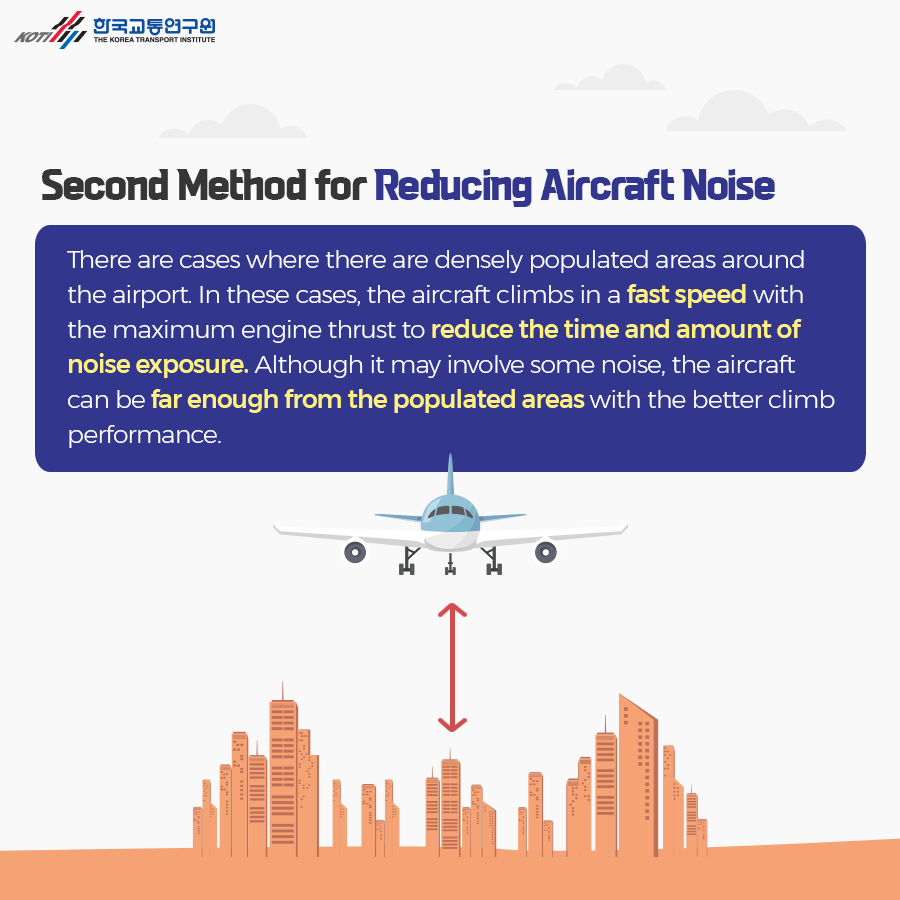 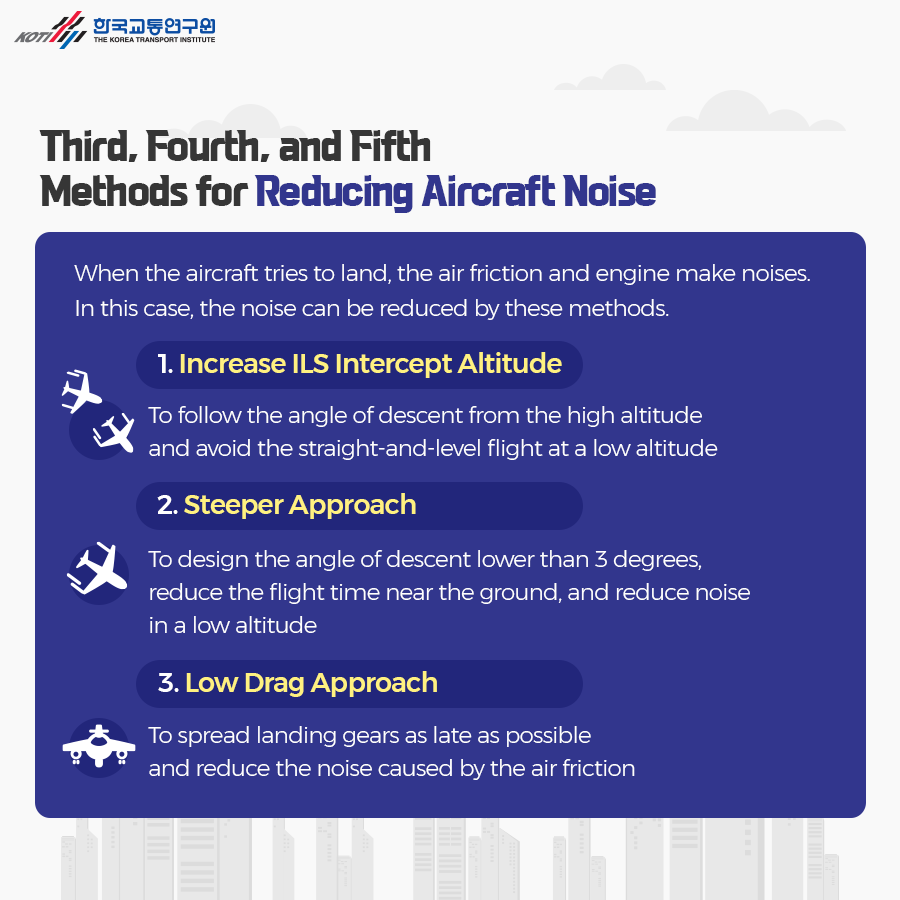 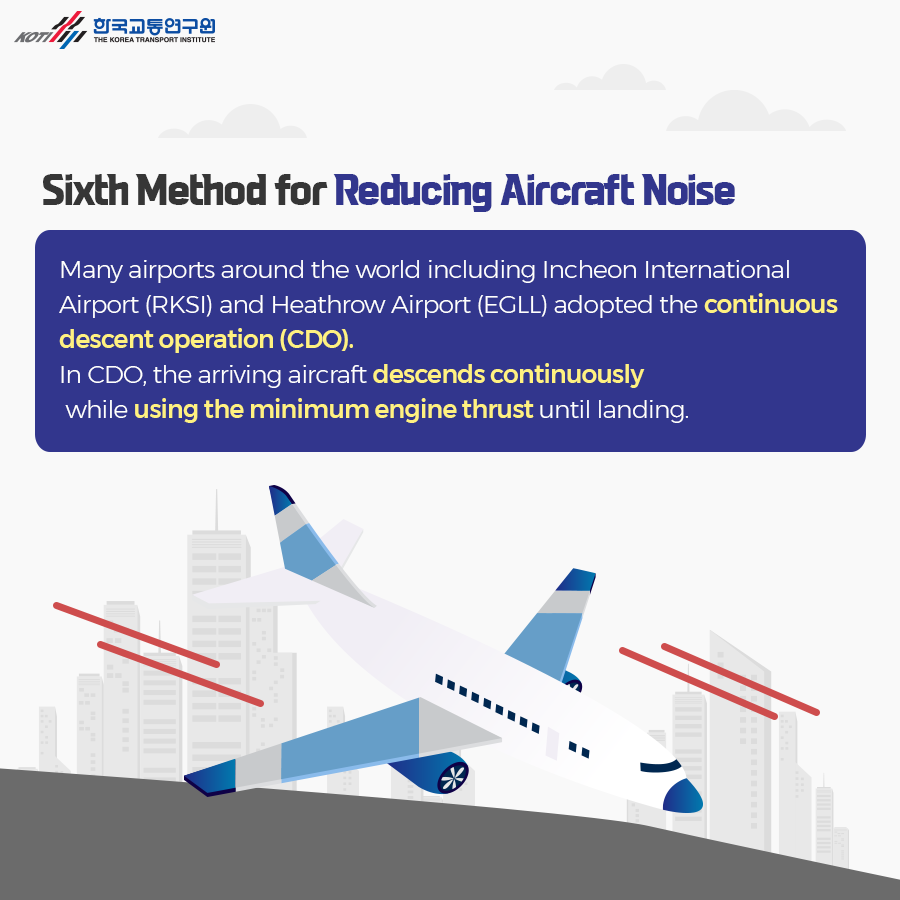 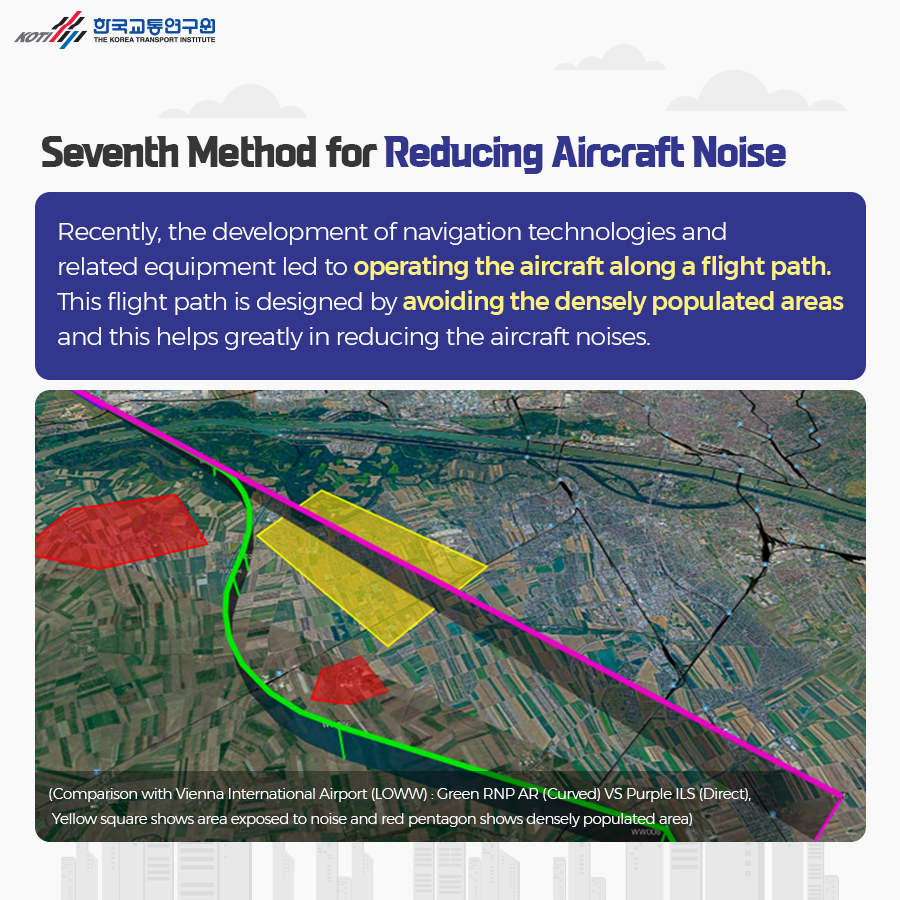 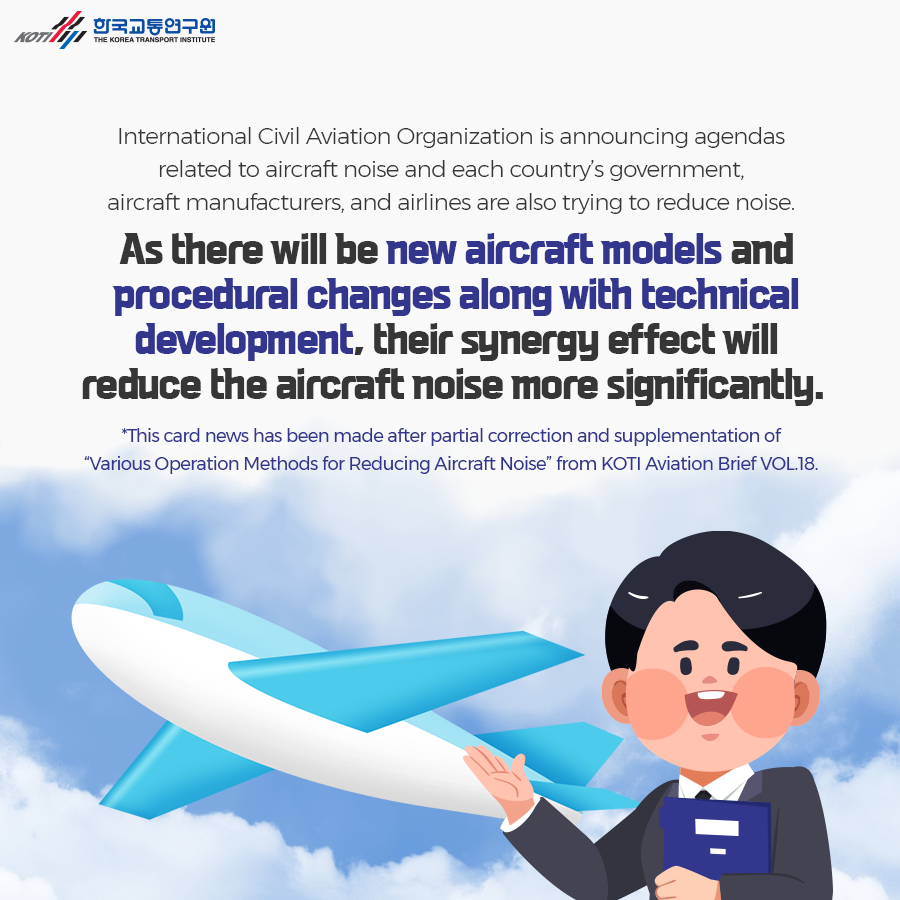 # While airport can be an exciting place for someone, it can cause pains to others. This is because of the aircraft noise. Aircraft noise influences on the neighborhood’s health and quality of life.

So, pilots use different operation methods to minimize the aircraft noise.


# First, most of the noise policies are derived from these two methods.

1. To reduce the noise coming from the noise source

2. To set the distance from the noise source


# Aircraft noise generally happens because of engine thrust and air friction in aircrafts and other device systems.  Then, are there any ways to solve such noises? How do aircrafts reduce noises? Let’s take a look at the actual operation examples.

We all have heard the sound of helicopters flying as high as buildings. If the aircraft was flying around that height, you might have been stunned by its huge noise.

So, aircrafts set the continuous climb operation (CCO) to maintain straight-and-level flight at a low altitude.

There are cases where there are densely populated areas around the airport. In these cases, the aircraft climbs in a fast speed with the maximum engine thrust to reduce the time and amount of noise exposure. Although it may involve some noise, the aircraft can be far enough from the populated areas with the better climb performance.

When the aircraft tries to land, the air friction and engine make noises.

In this case, the noise can be reduced by these methods.

1. To follow the angle of descent from the high altitude and avoid the straight-and-level flight at a low altitude

2. To design the angle of descent lower than 3 degrees, reduce the flight time near the ground, and reduce noise in a low altitude

3. To spread landing gears as late as possible and reduce the noise caused by the air friction.

Many airports around the world including Incheon International Airport (RKSI) and Heathrow Airport (EGLL) adopted the continuous descent operation (CDO). In CDO, the arriving aircraft descends continuously while using the minimum engine thrust until landing.

Recently, the development of navigation technologies and related equipment led to operating the aircraft along a flight path.

This flight path is designed by avoiding the densely populated areas and this helps greatly in reducing the aircraft noises.

As there will be new aircraft models and procedural changes along with technical development, their synergy effect will reduce the aircraft noise more significantly.


* This card news has been made after partial correction and supplementation of “Various Operation Methods for Reducing Aircraft Noise” from KOTI Aviation Brief VOL.18.