The Past and Future of LPG Vehicles 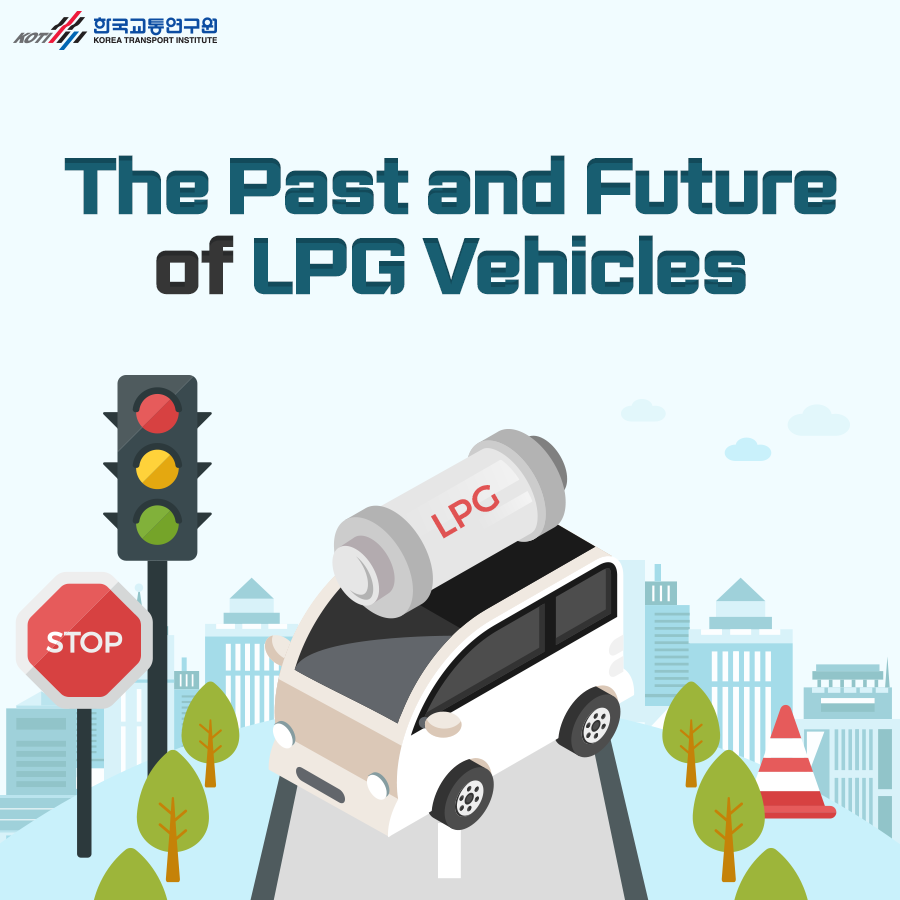 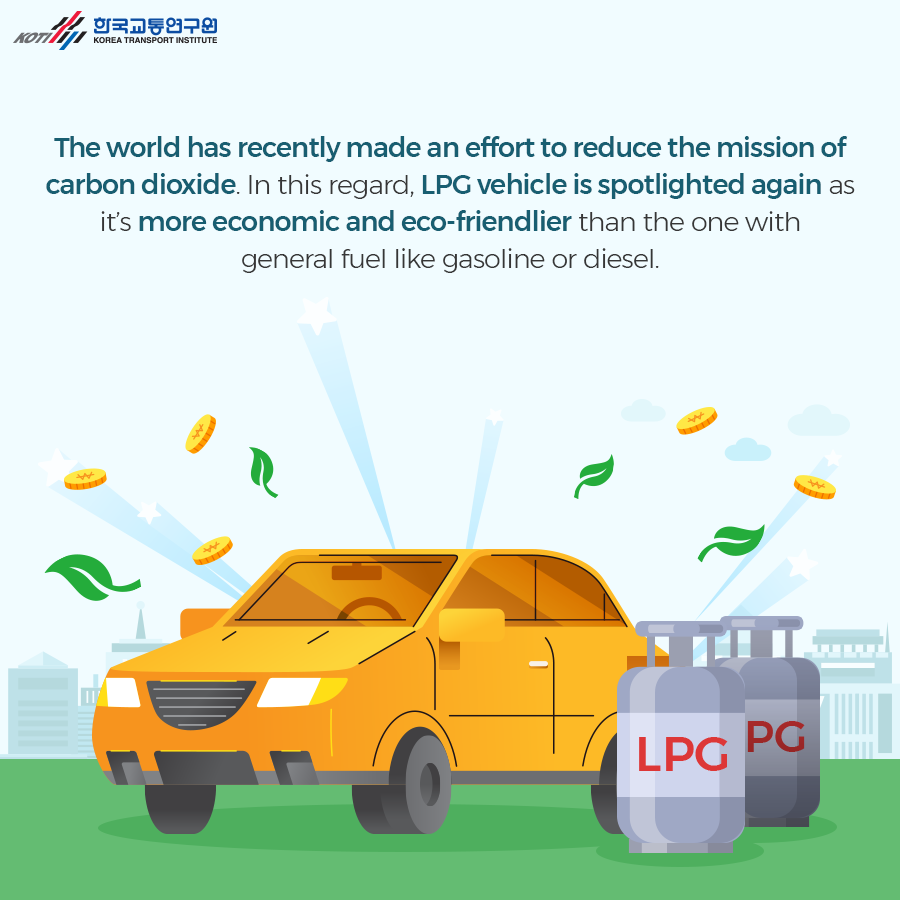 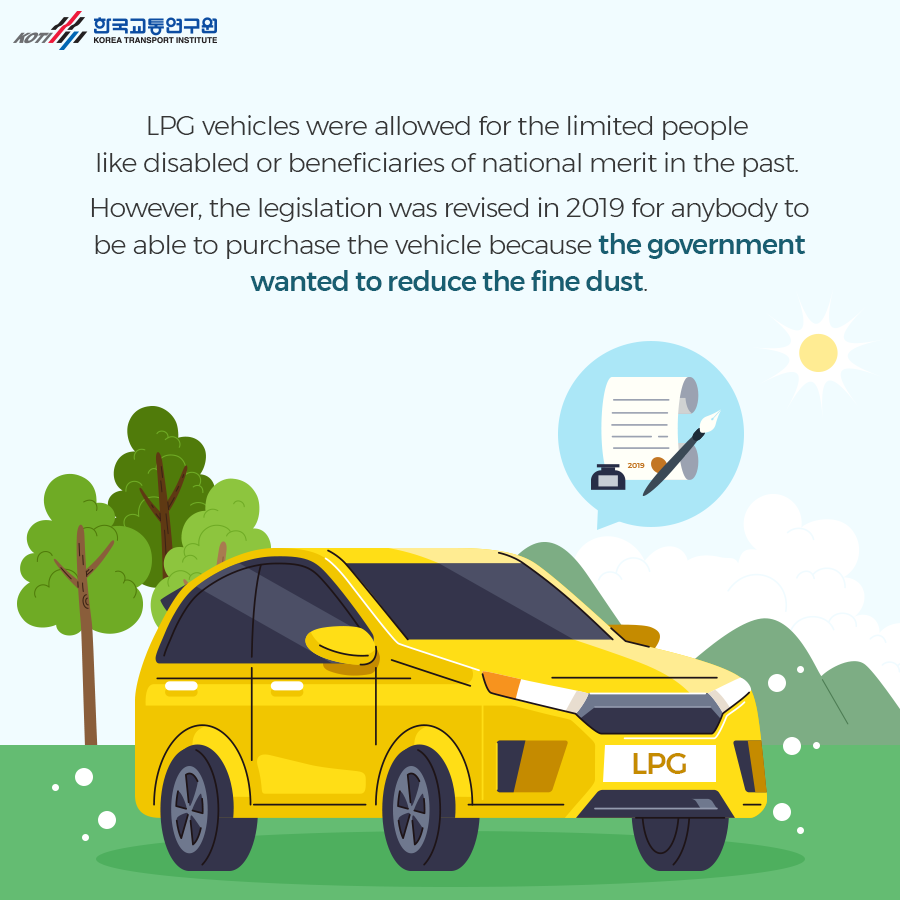 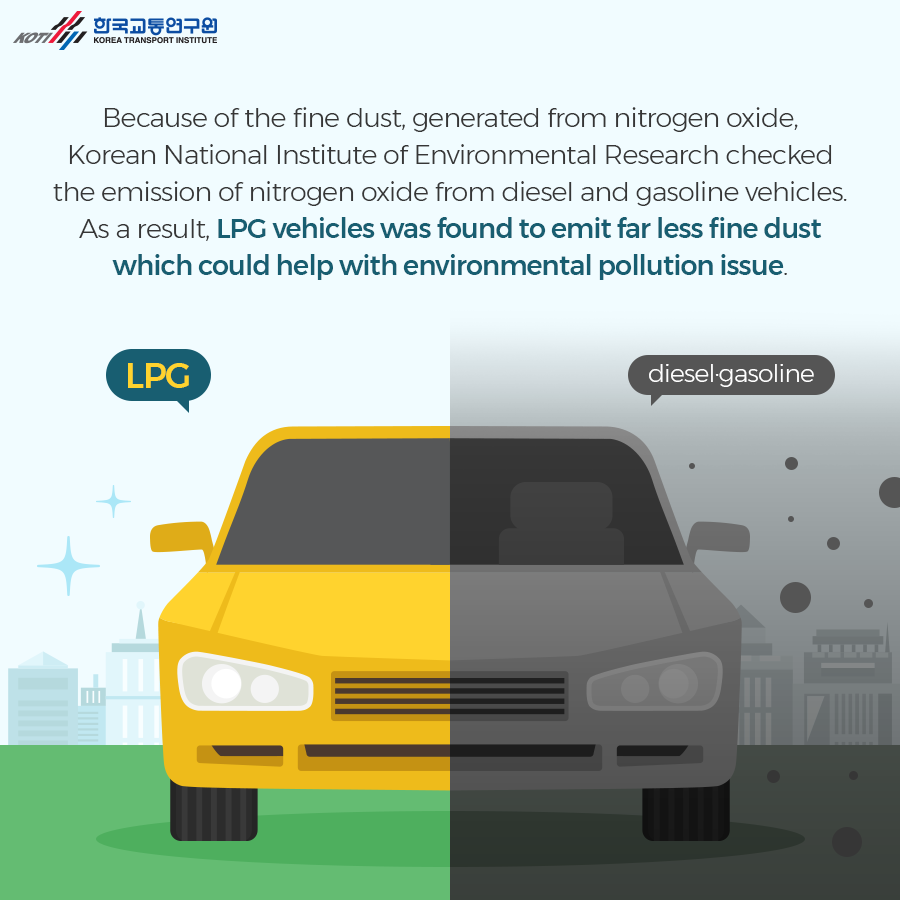 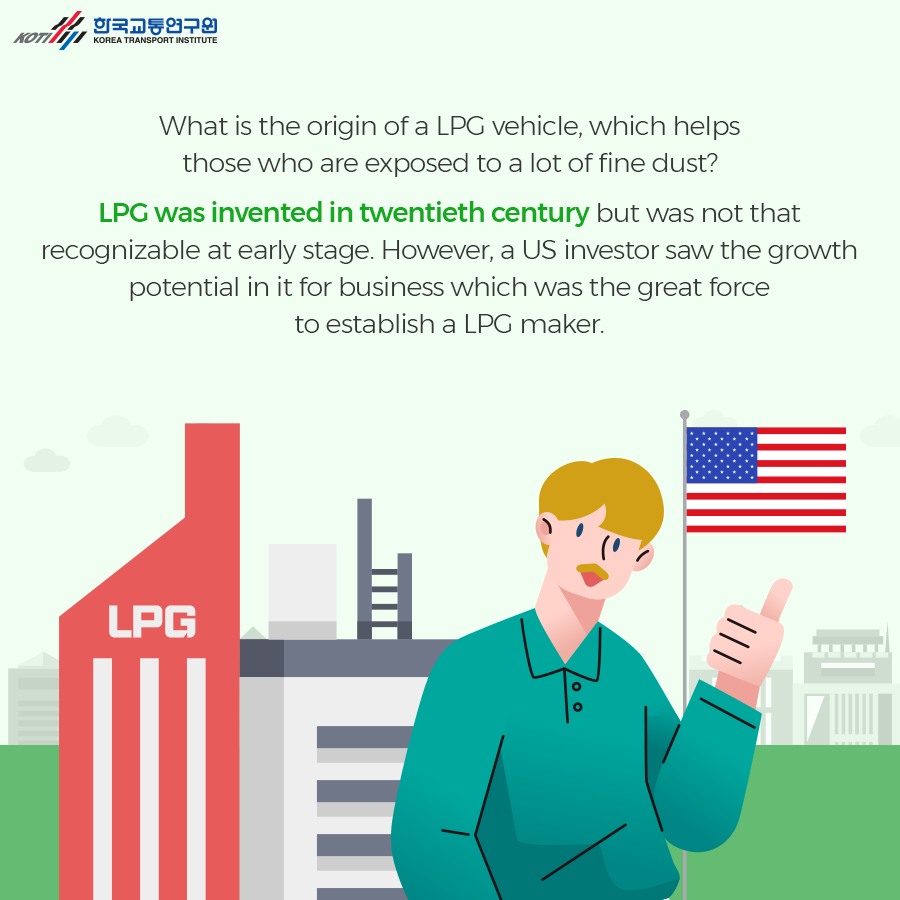 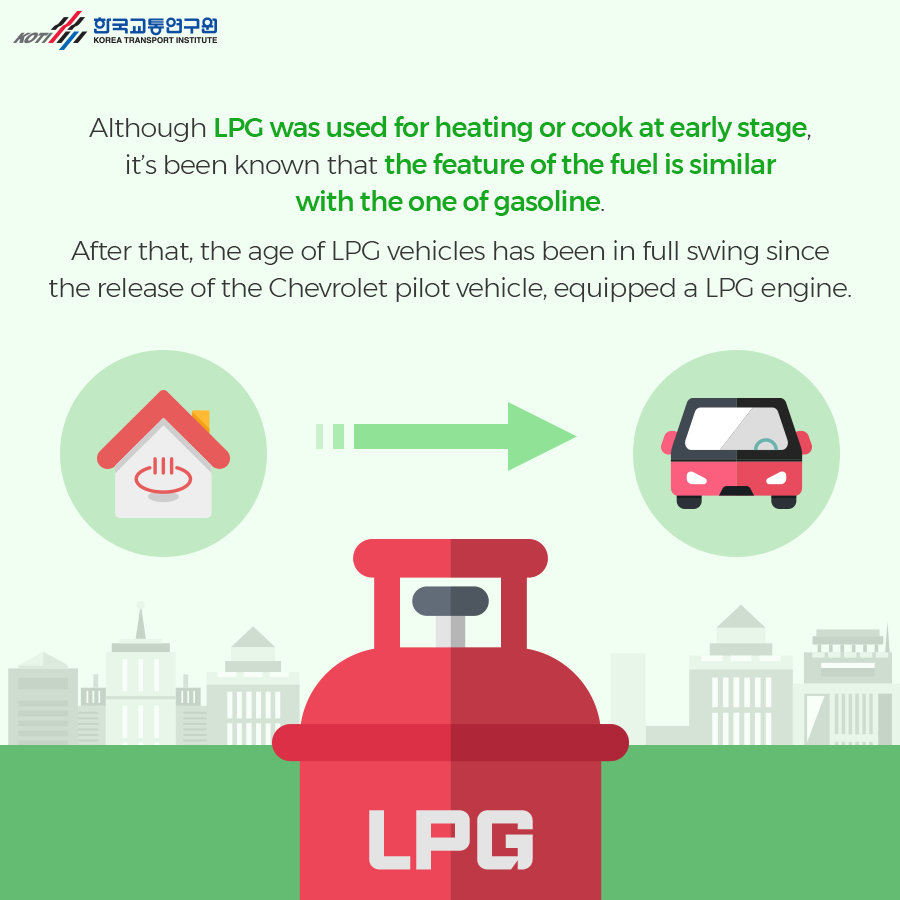 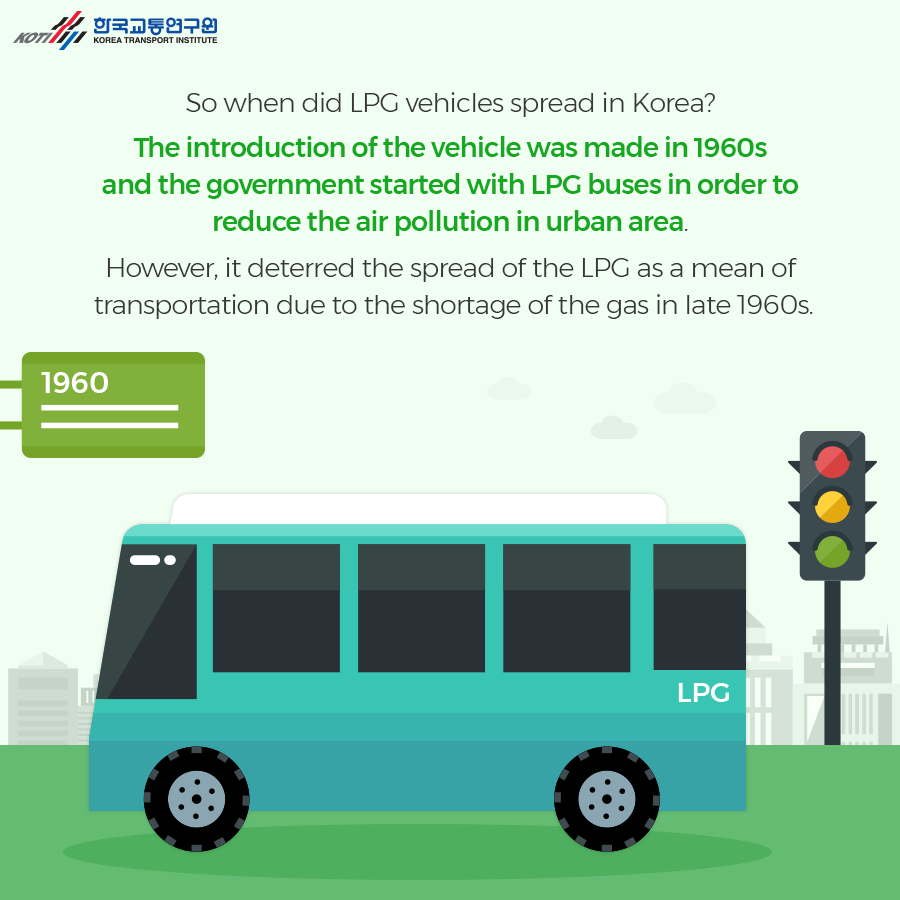 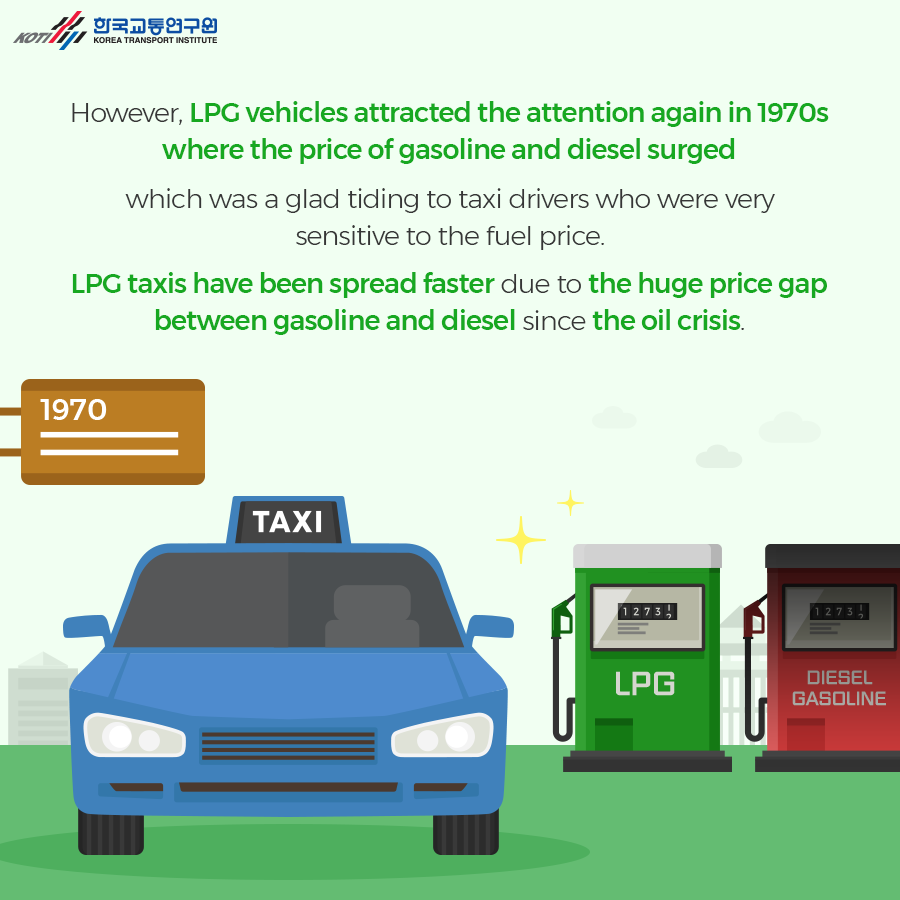 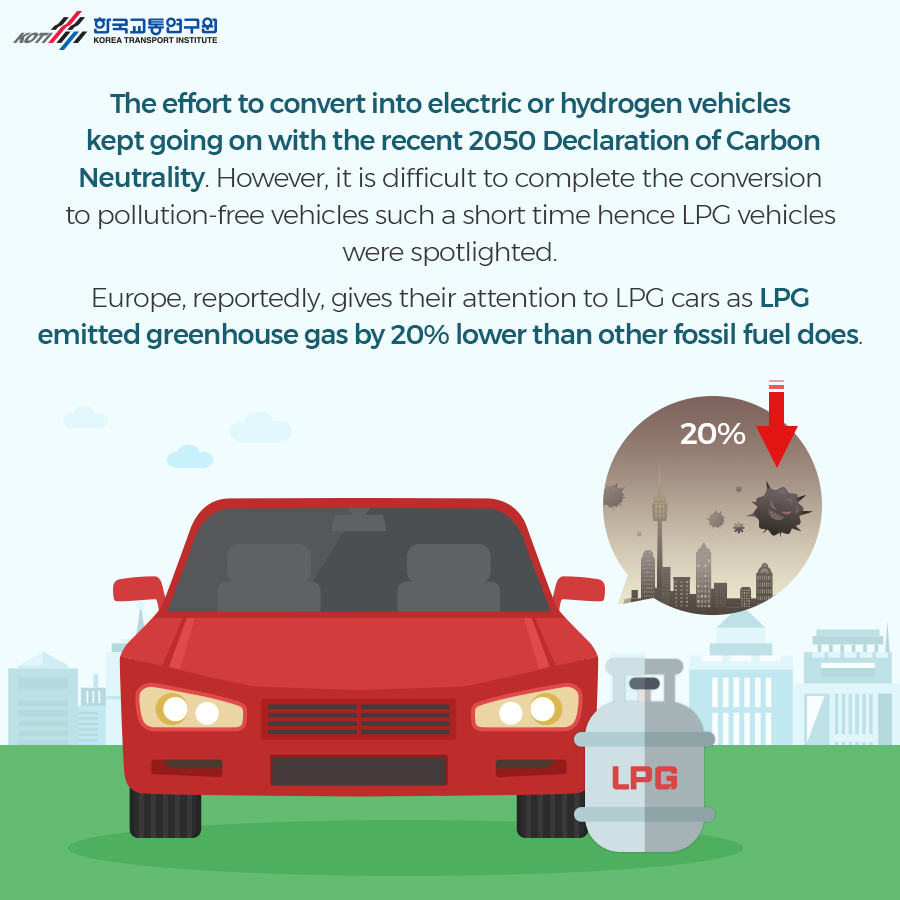 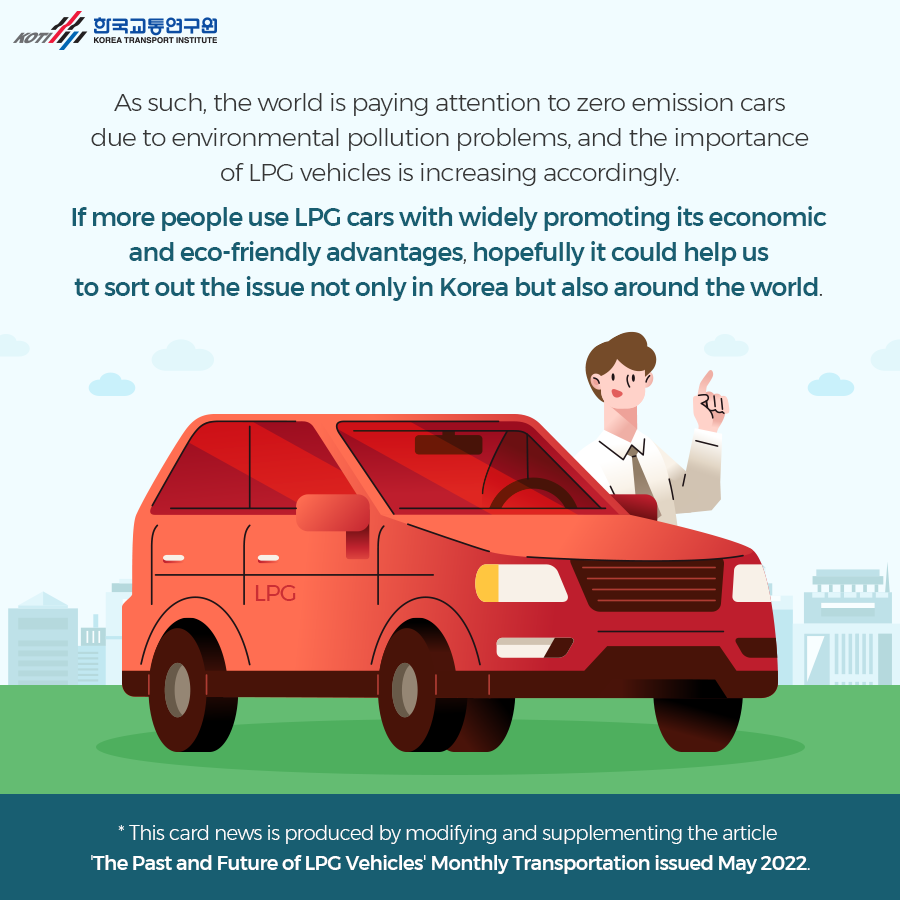 # The world has recently made an effort to reduce the mission of carbon dioxide. In this regard, LPG vehicle is spotlighted again as it’s more economic and eco-friendlier than the one with general fuel like gasoline or diesel.


# LPG vehicles were allowed for the limited people like disabled or beneficiaries of national merit in the past. However, the legislation was revised in 2019 for anybody to be able to purchase the vehicle because the government wanted to reduce the fine dust.


# Because of the fine dust, generated from nitrogen oxide, Korean National Institute of Environmental Research checked the emission of nitrogen oxide from diesel and gasoline vehicles. As a result, LPG vehicles was found to emit far less fine dust which could help with environmental pollution issue.


# What is the origin of a LPG vehicle, which helps those who are exposed to a lot of fine dust? LPG was invented in twentieth century but was not that recognizable at early stage. However, a US investor saw the growth potential in it for business which was the great force to establish a LPG maker.


# Although LPG was used for heating or cook at early stage, it’s been known that the feature of the fuel is similar with the one of gasoline. After that, the age of LPG vehicles has been in full swing since the release of the Chevrolet pilot vehicle, equipped a LPG engine.


# So when did LPG vehicles spread in Korea? The introduction of the vehicle was made in 1960s and the government started with LPG buses in order to reduce the air pollution in urban area. However, it deterred the spread of the LPG as a mean of transportation due to the shortage of the gas in late 1960s.


# However, LPG vehicles attracted the attention again in 1970s where the price of gasoline and diesel surged which was a glad tiding to taxi drivers who were very sensitive to the fuel price. LPG taxis have been spread faster due to the huge price gap between gasoline and diesel since the oil crisis.


# The effort to convert into electric or hydrogen vehicles kept going on with the recent 2050 Declaration of Carbon Neutrality. However, it is difficult to complete the conversion to pollution-free vehicles such a short time hence LPG vehicles were spotlighted. Europe, reportedly, gives their attention to LPG cars as LPG emitted greenhouse gas by 20% lower than other fossil fuel does.


# As such, the world is paying attention to zero emission cars due to environmental pollution problems, and the importance of LPG vehicles is increasing accordingly. If more people use LPG cars with widely promoting its economic and eco-friendly advantages, hopefully it could help us to sort out the issue not only in Korea but also around the world.


* This card news is produced by modifying and supplementing the article 'The Past and Future of LPG Vehicles' Monthly Transportation issued May 2022.